How much money do translators earn | October 2015 | Translation Journal

How much money do translators earn 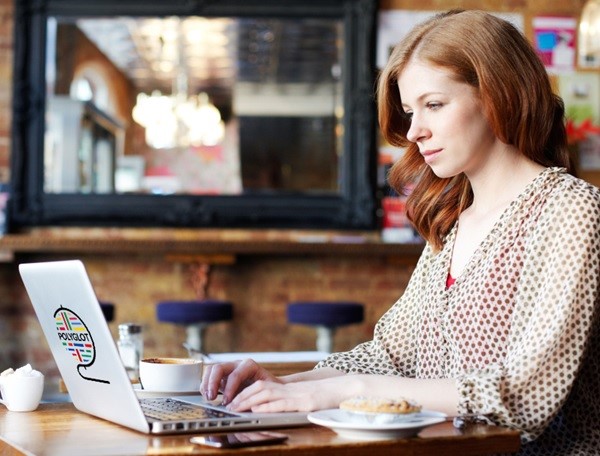 Days are passing, technologies are being improved, but despite of scientists’ forecasts, machines have not managed to replace human work. Google Translate has not eliminated routine work of a human translator for eight years of its existence and still keeps being the main competitor only for paper dictionaries despite of complicated analyzing algorithm of human translated texts on the Internet and a lot of additional features. Recently different media wrote about incorrect translation the phrase “dignity revolution” in Google Translate, which means the imperfect systems and its vulnerability.

Therefore, profession of translator still keeps being actual and definitely is going to be such several next years. That is not a secret that mow the most needed knowledge in linguistic and philological areas is possessing grammatically complicated languages, i.e. Chinese, Arabic, Japanese or enough rare ones, i.e. Hebrew. Furthermore, every day there appear more and more data requiring translation: audio, video, articles, researches etc. Besides data, there grows the quantity of specialists of linguistic area and especially, the competition is high among people who know widespread languages i.e. English, French etc.

How did it influence the translation services market in the world?

According to data of the independent research company «CommonSenseAdvisory”, global market of linguistic services is dynamically emerging. In 2014 there were spent $73 billion only on linguists’ services in comparison with $34 billion in 2013 where 15% of all volume where spent on translation.

Taking into account common growth tendency and online technologies development it is not hard to define that demand growth for linguistic services will go on and according to preliminary data, will be about 10% till the end of 2015. Furthermore, the research agency forecast increase translation specialists quantity for 42% in 2020, which was 1.5 million persons in 2014.

The income of an ordinary translator mostly depends on several factors: 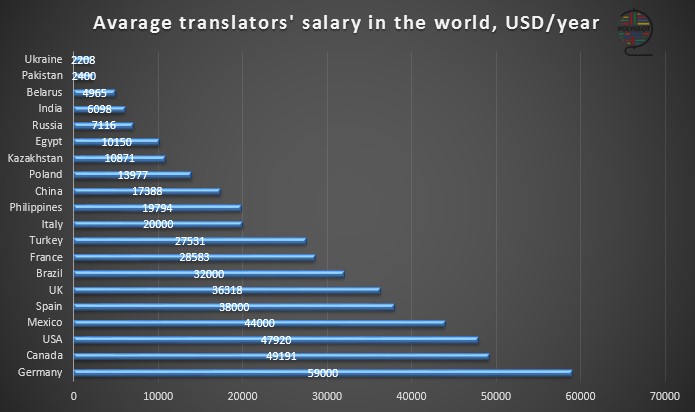 It is necessary to add that the freelance translators’ income often may exceed salaries of ordinary employees due to an absence of limit for income sources and location. A freelancer may choose a task with any available payment and customer’s country of habitation and that allows to increase income from executed work. Furthermore, the quantity of tasks can be limited only by specialist’s available time. However, the work in prosperous company with high salary in such countries as the USA, Canada and Germany guarantees stable and well-paid job without necessity of permanent search of orders. Unfortunately, not every even highly qualified linguist manages to get a job in such companies abroad, but fortunately, there is another option.