Omission as a strategy in subtitling | October 2014 | Translation Journal

Omission as a strategy in subtitling 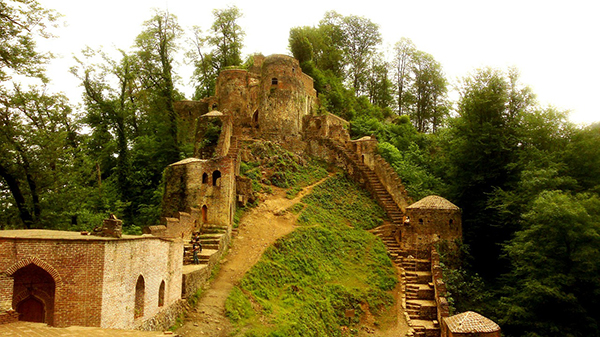 This study reported on a corpus-based analysis of omissions in subtitling. The findings were based on a non-evaluative, and comparative analysis was carried on English-Persian parallel corpora with over twenty one thousand words. The research materials were three corpora of the English TV series along with their translations in Persian in the form of subtitles. The theoretical framework of the present study was based on Mona Baker's (1992, pp.40-86) classification of elements that are subject to omission in subtitling.

In one time, the term 'translation studies' was more considered to be the translation of literary texts than other forms of translation, but today this is no longer the case.

As Baker (2001, p.277) states, "translation studies is now understood to refer to the academic discipline concerned with the study of translation at large, including literary and non-literary translation various forms of oral interpreting, as well as Dubbing and Subtitling".

Technological developments have made audiovisual translation the most dynamic field in translation studies. According to Lambert (1997), media translation has revealed how easy the shift is from oral into verbal discourse and vice versa. He (1997) states that movies can be 'translated' into written subtitles or rendered as dubbing or voice-over versions. Various new techniques of speech recognition make it possible to transfer speech from written into oral texts, or from oral into written formulation.

Henrik Gottlieb (2001, p.244) says, "Since 1929, when the first sound films reached an international audience, two methods of film translation have been dominant: subtitling and dubbing. The latter is sometimes referred to as post-synchronization". Lambert (1997) refers to dubbing and subtitling as a part of our daily life and focuses on the shift from oral into written codes, which has become more and more common.

According to Ivarsson (1992), a subtitler is in a much more vulnerable position than a translator because when a person who reads a book in translation or sees a dubbed film must go to the original text to check what they suspect is a faulty translation, while in subtitling the original is available for all to see and hear (cited in James, 2001).

Diaz-Cintas (2009) believes despite being a professional practice that traced back to the very origins of cinema, audiovisual translation (AVT) has been a relatively unknown field of research until very recently. However, over the last 20 or so years the audiovisual industry provided a fertile ground for a burgeoning activity in academic studies, in which translation is placed at the core. Therefore, there is no need to justify about the inclusion of Audiovisual Translation within the field of Translation Studies.

Considering what has been said above, this research focuses on one of the strategies used by subtitlers in TV series.

The researcher sought the answer to the following question:

Which specific linguistic elements are commonly omitted in subtitling?

According to Diaz-Cintas (2005) audiovisual translation refers to the translation of products in which the verbal dimension is supplemented by elements in other media. In cases such as songs and radio programmes the message is conveyed only auditorily. In other cases, the visual channel is the only one: comic strips, published advertisements, etc. Other products such as films, CD-ROMs or documentaries resort to both channels to convey their message. (Delabastita, 1989). Audiovisual translation scholars have given different typologies within the area of audiovisual translation.

According to O,Connell (1998) the two most common forms of screen translation or AVT are dubbing and subtitling.

Because Subtitling is the most common form of audiovisual translation, it was defined differently by many scholars.

Gouadec (2007) defines subtitling as the captioning of the translation of the spoken dialogue in the original soundtrack. Except if the translator receives a ready-for-subtitling version and just needs to convert the script into subtitles, subtitling is a rather complex operation that varies according to available technologies in a context where things change ever so fast.

Subtitling has several constraints. As O'Connell (2007) said the ultimate constraint on subtitling arises from the fact that it is an overt form of translation i.e. it can be evaluated by those who know the source language of the voicetrack. Time and space are further constraints. In regards tp time, people speak more quickly than they can read so most language needs to be summarised in subtitles. Space constraints arise because there is room for only about 30 or 40 characters/spaces across a screen, and also because of the technical constraints posed by a maximum limit of two to three lines of text across the bottom of a screen.

Tomaszkiewicz (1993, cited in Pettit, 2008, pp.223-227) offers a brief discussion of the strategies in operation in film subtitling, noting that some culture-specific terms are untranslatable.

(2) Literal Translation, where the solution in the target text matches the original as closely as possible.

(3) Borrowing, where original terms from the source text are used in the target text.

(4) Equivalence, where translation has a similar meaning and function in the target culture.

(5) Adaptation, where the translation is adjusted to the target language and culture in an attempt to evoke similar connotations to the original. Strictly speaking this can be considered a form of equivalence.

(6) Replacement of the cultural term with deictics, particularly when sup­ported by an on-screen gesture or a visual clue. This strategy was not observed in the selected audiovisual texts and will not be discussed here.

(7) Generalisation, which might also be referred to as neutralisation of the original.

(8) Explication, which usually involves a paraphrase to explain the cultural term".

According to Ivacovoni, (2009, para. 1) "Omission means dropping a word or words from the SLT while translating. This procedure can be the outcome of the cultural clashes that exist between the SL and the TL. In fact, it is in subtitling translations where omission attains its peak in use. The translator omits words that do not have equivalents in the TT, or that may raise the hostility of the receptor".

Dimitriu (2004, p.163) believes that omission has normally been neglected in translation studies:

Whereas it has been amply demonstrated that many translators, at least between Indo-European languages, exceed their sources in length, comparatively fewer studies have approached instances in which, for various reasons, translator have not translated, 'omitted' something from the source-text in their translation. Many recent dictionaries of translation studies do not have any particular entry for term 'omission', or (at least) for some of its partial synonyms, 'implication', 'subtraction', 'economy', 'condensation', or 'deletion'. Moreover, books on translation studies that incorporate translation strategies tend to briefly mention omission, and mainly in close connection with its more 'positive' counterparts, i.e. addition and explicitation.

"Beside these strategies, Toury (1995, p.82) has successfully shown that omission is a legitimate translation strategy, and it is perhaps used in subtitling than in any other form of translation, due to the restrictions of the medium"(Pedersen, 2008, p.104).

Guardini (1998) claims that many critics of subtitling have singles reduction out as a major shortcoming compared to dubbing, but in many instances the shortcoming only consists in deciding what is padding and what is essential information. Clarity of expression and fidelity to the original are at stake: the deletion of ostensibly redundant elements cannot be done automatically, as they may be integral to the mode of expression of a character. The major problem a subtitler encounters when transferring spoken dialogue into subtitles originates from the stylistic and structural divergences between speech and writing. Written texts are more formal in style, while spoken language is characterized with informal style and plenty of redundancy and repetition.

According to Baker (1992) omission in translation might have three forms:

"As with single words, an idiom may sometimes be omitted altogether in the target text. This may be because it has no close match in the target language, its meaning cannot easily paraphrased or for stylistic reasons" (P. 77).

After deciding on the corpus of the study, the researcher carried out the data collection procedure. In the first stage, three TV series from the satellite were recorded by random and some beginning parts of them were watched as a sample. At the second stage, the TV series were watched again and subtitled English versions were compared with Persian one and every type of omission, which occurred by the translator in the process of subtitling, were transcribed.

Omission instances of the TV series, which were found through data collection, were about 295. 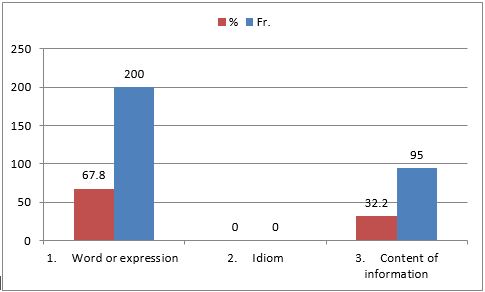 Subtitles should be accurate, comprehensible and give the impression of being part of the action on the screen. The ideal in subtitling is to translate each utterance in full, and display it synchronically with the spoken words on the screen. However, the medium imposes serious constraints on full text translation. One major obstacle is the limitations of the screen space. Bearing in mind the difference between the speed of the spoken language and the speed in reading, a complete transcription of the film dialogue is not possible. Both the physical limitation of space on the screen and the pace of the spoken word require a reduction of the text. Also sometimes some subtitlers may ignore some parts. Regarding that words or expressions are the basic elements of the sentences and dialogues and they are used more extensively in them, they are usually omitted in subtitling more than any other types of elements. But because idioms are special phrases in every language, subtitlers usually try to translate them and therefore they are rarely omitted.