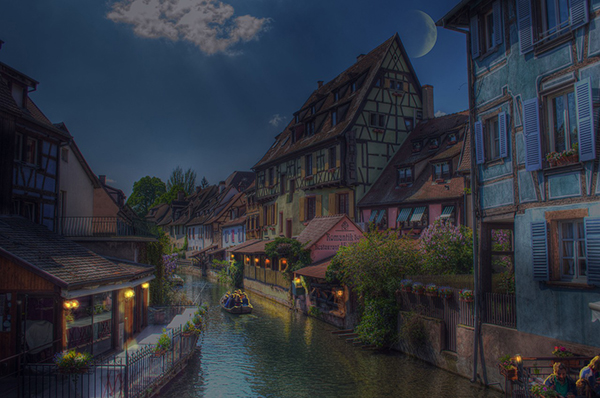 The article presents the background and players involved in FranceTerme, a database of new French terms, officially decreed in France's Journal Officiel and managed by France's Ministry of Culture. Language policy and usage are highlighted, as well as some of the contents of both the website and the database.

Podcasting, e-, street, gender - Would you like to find out what the official government recommendations are for translating these terms to French? If you do then check out FranceTerme.fr, the database containing all the recommendations published in France's official government publication the Journal Officiel (JO). And if you are further interested in how, and why, new words are officially added to the French language, then read on.

Alphabet soup: CGTN, DGLFLF, the JO and the MC

To facilitate consultation of new terms recommended by the JO; to search for the French equivalents of foreign words; and to stay on top of the new frontiers of French language use, the Ministry of Culture launched FranceTerme in March 2008, a database accessible via the website FranceTerme.fr.

The CGTN - The commission that puts it all together

The terms published in the JO, upon recommendation of the CGTN, and listed in the FranceTerme database, are the tip of an iceberg in terms of linguistic policy and research into the new frontiers of language use, reflecting new technologies and scientific discoveries; new economic, financial and political conditions. The mission of the CGTN, decreed on July 3, 1996, is to keep the French language alive, to enrich the French language with new French words where none or only foreign words exist, in view of keeping abreast of what the commission terms "new realities".

Accordingly, the CGTN is an inter-ministerial commission with institutional partners such as L 'Academie frangaise (a member of which is designated by the Prime Minister to act as CGTN chair), the stakeholders of linguistic policy in francophone countries, as well as the experts of 18 specialized sub- commissions in relevant state agencies and ministries. The work of the CGTN thus spans collaborations across multiple agencies in the domains of science, technology and economics, including medicine, biotechnology, genomics, finance, telecommunications and agriculture, with perhaps the ultimate goal of mining the archaic functions of naming.

Created by decree on June 2, 1989, the mission of the DGLFLF is to uphold the provisions of Article 2 of the French Constitution: "The language of the Republic shall be French". Accordingly, the DGLFLF state agency is mandated to implement the linguistic policies of the state, which encompass the far- reaching goals of:

Thus, to carry out the breadth of its mission, the DGLFLF is in effect mandated with an exciting and vibrant linguistic policymaking agenda, in collaboration with the CGTN.

The research that the DGLFLF carries out to fulfill its mandate is published every year in a series of publications spanning the domains of:

- Yearly activity
- The State of French language use (delivered before the Parliament)
- Professional language use
- Literacy campaigns
- Vocabulary and terminology booklets (in particular thematic publications culled from the Journal Officiel)
- French in a multilingual world
- Linguistic praxis
- European linguistic legislation
- The languages of France, and
- French and Informatics

-- all of which may be consulted at http: //www .dglf.culture.gouv.fr/.

The oldest edition of a French publication, designed to record matters of the state and political life (i.e.; laws, decrees, official declarations, decisions and orders) is tracked back to the 1631! Since then, and according to the ebb and flow of history, the Journal Officiel has existed under many different names, performing increasingly larger and more diversified recording functions for the state.

Since June 2, 2004, there is an electronic version of the Journal Officiel (journal-officiel.gouv.fr), heralded as a green savings in the amount of 800 tons of paper, corresponding to 20,000 trees per year. The current electronic version was briefly preceded by a Minitel version. The JO is published daily, Tuesdays through Sunday, as a public downloadable document, with certificates of authenticity.

It is however much easier to pan for linguistic nuggets in the already extracted linguistic decisions of the CGTN via Franceterme.fr, than to search the online database of JOs since June 2, 2004, and previous editions via microfilm, one at a time!

A chance to add words to the French language

The FranceTerme.fr website includes an invitation to contribute to the enrichment of the French language called "Boite a idees". So, if you would like to contribute to the great work of the CGTN, the Academie Fran?aise, the MC and DGLFLF, with suggestions for official additions to the French language, then just fill in the blank fields! This may be your only chance to claim a new piece of reality (en fran?ais)!

Select your domains of science, technology or economics, and register with FranceTerme to receive alerts every time a new word is published in the JO for your selected domain(s). You will be happy to stay on top of all the official new French words, and pleased with the unexpected answers to your queries for the French words.

Although not all the CGTN-recommended words will hold up to the test of time, or survive the ultimate tests of usage and uptake in a live community of language users, use of the words introduced via the JO is mandatory in state agencies and administrations. For example, you will find at FranceTerme.fr, the new terms, culled from the Journal Officiel of September 22, 2000, for ROM (Read-only Memory) - memoire morte; RAM (Random Access Memory) - memoire vive; buffer - memoire tampon and cache memory - memoire d'acces rapide; all of which are now widely used and accepted as words of the French language. In contrast, for a term such as "Mel.", mapped on the term "Tel.", designed to indicate email addresses, with a comment specifying that "Mel." should not be used as a noun, usage seems de facto, exactly the opposite. That is, users will shoot you a "mel." and preface their urls with the terms email or Courriel -- prompting another official JO announcement to introduce the term "courriel" as the term replacing "courrier electronique", previously introduced in 1997!

In the mobile world of 2014, it would otherwise be lovely to have a FranceTerme app to complete your appiness. Till then, enjoy this wonderful tool, specially designed by the French Republic for you to stay on top of the official linguistic frontier of French! 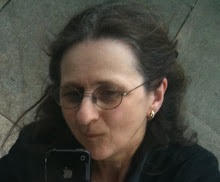