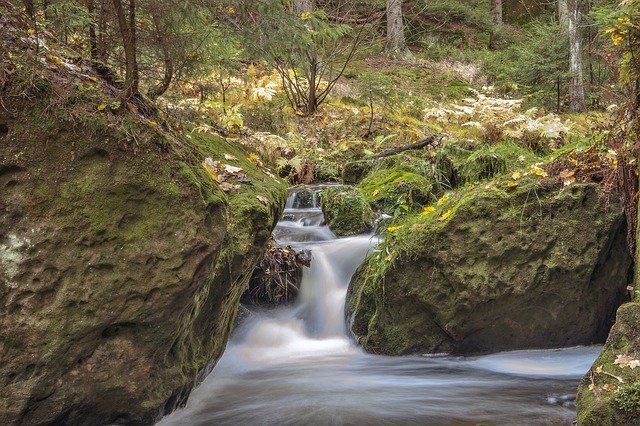 While translating from one language into another, translators have to deal with many

challenges some of which are intertextual and the others are extratextual. We can

affect the meaning of the original text .So, the factors that have effect on the Skopos

were analyzed. The researchers narrowed their analysis

Christian translators and two Muslim translators. After that they, compared these

translations according to the CDA model of Farahzad. This comparison proved that

additions were more in Muslim translations than Christian ones while modulation

Translation, according to a given purpose, conveys information in the original

language of the original culture to a target language in the target culture. So the

complicated action .A person through this action “gives information about a text under

Translation is also viewed as a form of human action.

“Human action is intentional, but determinate, self-reflexively measured against social

rules ,resources, the heterogeneity of which allows for the possibility of change with

“Translating is an action” that is done to attain a goal. This goal is not stable and any

suggests that translation act occurs in the translator’s mind. Many factors such as: The

knowledge of the translator, his/her feelings, “attitude towards the task, his/her self-

image as a translator”, the attributes of the translator’s character and “life experience

as a whole” have influence on the translation act(Williams &Chesterman, 2002).

Any action has a result. The result of translation action is a “translatum, a specific

Skopos theory and the role of translator in Skopose theory

strategies of translation .Also the reason for translating the ST and the function of TT

in target society are important for translator (Munday, 2001). So, in Skopos theory,

important for the translator .

Three types of translation according to Skopos are:

the laws of TL system.

Because of Skopos variation with text receivers, the Skopos of source text and

target text may be different .When their Skopos is not different Reiss and

Vermeer speak of “Funktionskonstanz (functional constancy)” and when Skopos

differs for them , “Funktionsanderung(change of function )” (ibid) occurs.

Purpose must be determined before the start of translation, different purposes are

which have effect on the choosing of one form of translation instead of another one.

For example, when we translate for children we use different strategies and methods

be used in three manners, and therefore has three concepts, it can be related to:

a) “the translation process” and its aims

According to Skopos theory, translation is production of a suitable target text based on

a source text, and the relationship between the two texts is determined according to

the Skopos of the translation. But any specific purpose, based on this

So, if it seems logical or essential , the Skopos idea “can be used

with respect to segments of a translatum”. This belief helps us to say that it is not

necessary to determine an “action and a text as an indivisible whole” (p.222).

Function is a factor which guides “the language usefulness”. The function of a text is

that translator can determine the function of the translation too. This function is

determined in terms of translator’s attitude to the reader’s requirements(House, 1996,

Some translations are designed to fulfill a particular function, because of this

can choose the one that best suits his purpose. For example the translation of the

to replace the original in this particular function, and even then ,there would still be a

difference between the functioning as a Jewish and a non-Jewish religious text. As a

Some researchers use meaning and function as synonym words. For instance, Nord

says “the meaning or function of a text is not something inherent in linguistic signs”;

Holmes, 1995, p.45).So, we can conclude that factors that change the function can

change the meaning too.

have effect on behavior of human beings “in a social context”. These functions are

not fixed and they can redefined “pragmatically” in any new situation. The Skopos of

the intercultural communication is the main reason for these redefinitions(ibid).So the

Skopos has important effect on the function of a text too.

Vermeer believes that a translation is performed to achieve a purpose. “Client” or

the translators determine this purpose (Kuhiwczak and Littau,2007, p.55).

conditioned with its source text and reader’s conditions in target language. These

constraints are related to equivalence relation(Venuti, 2000).Thus it is useful to review

some ideas about equivalence. There are three types of meaning that are important to

1) “the semantic aspect of meaning” ,that includes linguistic units relationship

with their referents in real world.

2) “the pragmatic aspect” that includes relationship between linguistic units and

their user in a defined condition.

relationship of linguistic units or symbols to their referents in some possible world”.

This component of meaning is easy to understand, and identification of “equivalence

in translation” in this dimension is very easy(p.30).

But the pragmatics dimension of meaning is related to the relationship

Fairclaugh, 2010, p.457). It is also related to “the illocutionary force that an utterance

is said to have”. This force is identified in terms of the “grammatical features such as

word order, mood of the words” and so forth ,but the most important factor for

The Skopos of the Qur’an translations

translation (Long, 2005, p.13). There are more than one Skopos in translations of holy

texts, because each translator has specific motivation for his/her translation.

The Qur’an belongs to all people, because in different verses in the Qur’an this

religions have translated the Qur’an to their own languages. But this kind of

verses of the Sura Maryam.

ideological implications”(p.42) .She thinks the texts must be analyzed in “two levels”:

micro level and macro level. At micro level, textual features such as “lexical and

passivization /activization and so on are surveyed in this level.

1. Saffarzadeh:
│Allah stated:│ “O, Zakariya! We do bestow you glad-tidings of a son ,his name will
be Yahya and We did not give that name1 to any Messenger before him.”.

2. Starkovsky:
*.-O Zechariah! We are announcing to you[the birth] of your son John, the first one
We are calling by this name

3. Arberry :
O Zachariah, We give thee good tidings of a boy ,whose name is John. No namesake
have We given him aforetime.’.

4. Bakhtiar:
O Zachariah! Truly We give you the good tidings of a boy. His name will be John
and We have not assigned it as a namesake for anyone before.

All the translators emphasized on the name of the son of prophet but
Starkovsky ignored that, He also used “announcing” for

All the translators except Saffarzadeh used “John” instead of original noun
In (یحیی)which does not convey the implications of original noun
Islam (semantic features).
Starkovsky used modulation and changed negative voice to the positive
one by writing “the first one We are calling by this name” for

1. Saffarzadeh:
And the disbelieving man says: “ Once I am dead and buried shall I then be brought
forth alive?”

2. Starkovsky:
Man says: “Shall I really be raised after I die?”

4. Bakhtiar:
And the human being says : When I am dead, shall I be brought out living?

"زنده" is omitted in Starkovsky translation, therefore he destroyed the main "زنده"
concept of original. Saffarzadeh added “buried” and also “disbelieving” to
her translation and her last addition emphasized on an absent negative concept
in the original text. Bakhtiar and Arberry added “what” and “when” in
their translations which increased the exclamatory load in their
translations.

original text. But the ratio of this feature between translations by Muslim and

than Christian ones, the percentage of additions in Muslim translations are more than

Christian ones. But the percentages of omission and modulation in Christian

translations are more than of them in Muslim ones.

It was also identified that Skopos can be attributed to the process, result and mode of

the translation. Therefore each translation has more than one Skopos .

Translator is a significant factor for designing Skopos types. Function constancy is

dependent to the Skopos of the translation. So before determining the function

constancy, even in the translation of religious texts, the kind of Skopos must be

Robinson, D.(2003). Becoming a Translator an Introduction to the Theory and Practice of Translation(2end ed.). London : Routledge. 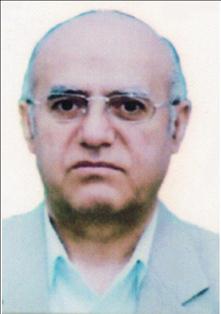 Salar Manafi Anari, Ph.D, is English professor at Allameh Tabataba'I University. He is involved in teaching English as well as research in translation and writing. e-mail:(amanafi55@yahoo.com)

Ashraf Mohammadi is translator and teacher .She received an M.A. in Translation Studies from the Islamic Azad University, South Tehran Branch.e-mail:(amohammadi5@yahoo.com)