The Audiovisual Approach in Translation Learning 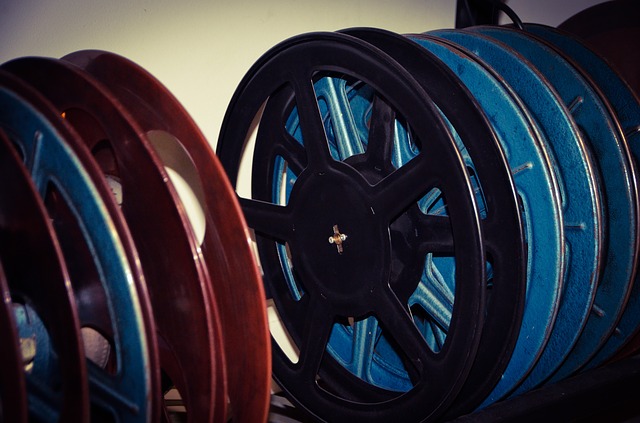 I have been teaching translation and interpreting for several years in foreign language studies. It is a difficult subject for my students. They learn how to use techniques for translating between Indonesian and English. Translating is one of the things that a student might want to do, professionally or para-professionally, with their foreign language after graduation. The students think that translation is like a ‘fifth skill’. Translation is rarely seen as a language-learning method in itself. It was part of the nineteenth century grammar-translation method, but it has since evolved into one kind of activity among many. As such, we must accept that it can and usually is combined with a number of general teaching approaches.

In this context, we hope that students can increase their translation skills, especially in interpreting, using audiovisual translation. Audiovisual translation (AVT) is a distinctive branch of translation studies which was not long ago considered only a minority specialization, covering the translation of films, TV series, shows and other audiovisual material. Although AVT is as old as the film industry itself, the need for film translation did not greatly increase until the past two decades. This was caused by several factors. The internet and online distribution also has had a massive impact on the demand for AVT, as the majority of audiovisual material is now accessible to all viewers using the internet, either legally or illegally.

The paradigm shift in language teaching of the 1970s moved from a literature based focus on reading and writing to a communication based focus on listening and speaking (Brown, 2007;18. Cook, 2010:23). At present, AVT is the most consumed type of translation, as films and TV series now reach far more spectators than books or magazines. There are several ways to translate audiovisual material – subtitling, dubbing, voice-over, narration, free commentary and simultaneous interpreting. As Szarkowska claims, each country cultivates a different tradition of film translation, which is affected by a number of factors, such as historical circumstances, traditions, the technique with which the audience is accustomed, the cost, as well as the position of both the target and the source cultures in an international context.

According to TheRoutledge Encyclopaedia of Translation Studies, there are four groups of countries, divided by the type of screen translation they use:

Such a division, however, seems to be a simplification, as it does not differentiate between cinema and television translation. For example, Poland is listed as a voiceover country, whereas it mostly uses subtitling in the cinemas, except for some dubbed productions for children (Szarkowska 2005). In the Czech Republic, cinemas also use subtitling except for children’s films, while the television broadcast is almost exclusively dubbed. This, however, may change in the future since more and more people, especially the young, demand films and TV series to be subtitled, with the original audio.

"Globally, this is the age of mass communications, of multimedia experiences and a world where audiences demand the right to share the latest text, be it film, song, or book simultaneously across cultures" (Bassnett quoted by Álvarez 1996: 1).

In conclusion, it becomes apparent that translating films is not merely a linguistic problem but rather an activity that is "conditioned to a large extent by the functional needs of the receiving culture and not, or not just, by the demands made by the source films" (Delabastita 1990: 99).

2. The History of Dubbing

Dubbed films may frequently appear to the viewer to be brand-new products rather than transformed ones; a dubbed film ceases to be a 'foreign' film in order to become just a film. "In the international marketplace the film original thus functions as a transnational decultured product; it becomes the raw material that is to be re-inscribed into the different cultural contexts of the consumer nations through the use of dubbing" (Ascheid 1997: 40). As has already been established above, audiences which are accustomed to dubbing, when hearing their own language, feel reassured as to its importance "wychodząc z bezceremonialnego założenia, że 'cały świat' mówi po francusku czy angielsku" (Hendrykowski 1984: 250). Thus, dubbing decreases the sense of 'otherness' and is an excellent example of domestication.

Dubbing can also be perceived as "an assertion of the supremacy of the national language and its unchallenged political, economic and cultural power within the nation's boundaries" (Danan 1991: 612). By implementing policies, governments of dubbing countries stress the importance of the existence of one standardised national language, often banning the use of dialects in order to strengthen the national unity. For example, in Italy, where the process of country unification was completed only in 1870, there were still many regions in 1920s and 1930s in which only local dialects were spoken, while modern Italian was virtually a foreign language. Mussolini ruled that all the imported movies had to be in standard Italian, which made the cinema a major means of imposing a national language.

Among all kinds of film translation, dubbing is the one that interferes the most in the structure of the original. Many critics raise objections as to its authenticity. In principle, dubbing is considered by some to be less authentic than subtitling because "the original performance is altered by the addition of a different voice" (Mera 1999: 80). The unity of the soundtrack inevitably undergoes reprocessing and it is more difficult for the viewer to believe and trust the new voices of—often very famous—actors.

In dubbing there are frequent incongruities between what real actors say and how they move their lips, and the dubbed voices, which affects the audience, largely on a subconscious level. However, recent technology has developed a method of digital alteration of real actors' lip movement in order to fit new translated dialogue:

The slight tampering with the image by adapting the movements of the characters' lips to the dubbing script has yielded magnificent results whenever it was implemented and can ultimately solve the infamous shortcomings of lip-movement dischrony, especially in close-ups.

Thus, dubbing is a tool to use the source text and draw on it as culture.

The paper used the descriptive method. The techniques of collecting data were documentation, observation, and a questionnaire. The participants in this study were all in the fourth semester in the English major ABA BSI Jakarta. There were 183 students. The sample of this study was taken randomly from the population. The total number of the students was 55 from one of the classes. The writer collected the data from March until June 2014.

After I did the activity using the documentary movie, some students thought it was a good method for translation learning, especially to increase speaking skill. After the activity, I distributed questionnaires to find out the students’ perception of audiovisual translation approaches. The results were surprising. It is an effective learning and teaching process for translation. It is shown in the chart below:

Figure 1. The percentage of students’ perception toward audiovisual translation approach

In addition, I checked the students’ scores in translation learning. There was an improvement of the scores, as described in the chart below.

Figure 2. The percentage of students’ score in translation learning

Some general conclusions concerning the relationship between the audiovisual approach and translation learning are:

Ascheid, A. (1997). Speaking Tongues: Voice Dubbing in the Cinema of Cultural Ventriloquism. In The Velvet Light Trap, no. 40, p. 40. Retrieved from http://translationjournal.net/journal

Karamitroglou, F. (1999). Audiovisual Translation at the Dawn of the Digital Age: Prospects and Potentials Translation Journal, vol. 3, no. 3. Retrieved from http://accurapid.com/journal/09av.htm 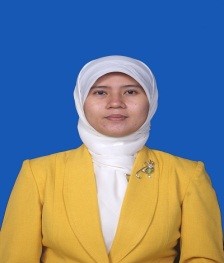