The Translation of Cinema’s Texts: Remakes 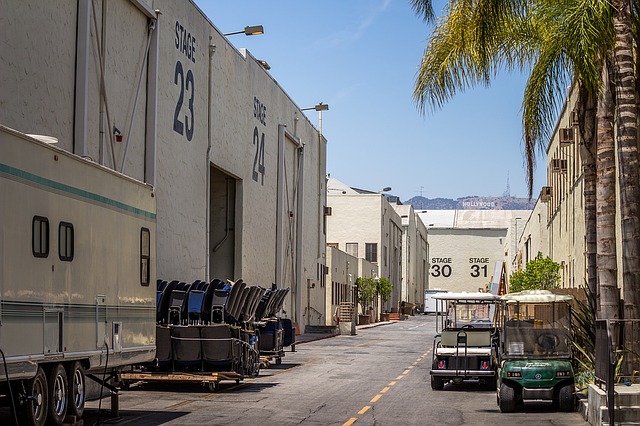 Film texts, secondary in relation to any previous work – remakes, sequels, and adaptations – quite often are exposed to attacks from the audience (They cannot come up with anything new, they just want profit), although cinematic repetition has more reasons besides the obvious commercial one, i.e. precedent, mythology, universality and therefore recognition of a plot. It should be mentioned that secondariness of the film text can often be related to the question of plot universality in works of art in general.

Many researchers have tried to reveal types of plot, starting with Aristotle, e.g., C. Jung's archetypes, V. Propp’s elements of the subject frame of magic fairy tale, the four universal plots of Jorge Luís Borges: the besieged city, return, search, suicide of God. The English poet and mythologist Robert Graves has offered seven fundamental plots: Cinderella, Achilles, Faust, Tristan, Circe, Romeo and Juliet, and Orpheus. Christopher Booker has also offered seven universal plots: from rags to riches, the adventure, away and back, the comedy, the tragedy, resurrection, and victory over a monster), and Georges Polti has offered 36 universal plots: entreaty, salvation, revenge for a crime, revenge for a relative, the pursued, sudden disaster, the victim, mutiny, daring attempt, abduction, riddle, achievement, hatred of relatives, rivalry between relatives, adultery and murder, madness, fatal imprudence, a love crime out of ignorance, murder of relative out of ignorance, self-sacrifice for the sake of an ideal, self-sacrifice for the sake of relatives, the victim of passion, the necessary sacrifice of a relative, unequal rivalry, violation of marital fidelity, a love crime, disclosure of disgrace of a relative, a love obstacle, love of the enemy, ambition and lust for power, hatred against God, unwinding jealousy/envy, miscarriage of justice, gnawing conscience, lost and found, loss of a relative).

Generally speaking, behind each movie we can see something "former" – the character or the plot inspired by real events in politics (e.g., movies about elections, about Watergate), economy (e.g., movies about an economic crisis), sport (e.g., biographic movies about athletes), culture (e.g., stories of creation of works of art), etc. However, a real situation and its description by some means, e.g., the art word in literature and its description by means of film language – the essence of the phenomenon which comparison cannot always achieve on the simple basis of reflection of the fact and linearity of the relationship. The same basis is not quite acceptable for comparison of the reference and its screen version. "Considering similarity and distinction of the literary text and film text, it is necessary to mention that the book and the movie as carriers of the literary text are not interchangeable". [1: p. 30] The relationship of sequels and remakes, quite obviously, also cannot be recognized as just linear.

Observations show that in the last 20 years, the tendency of remake productions has expanded compared to previous decades, being the conclusion of a book about remakes – Remaking Everything. [3: p. 173] The majority of remakes are based on the same American movies, which is not surprising: a movie of the native culture does not create the need to adapt foreign culture realities, "It is recognized, it meets requirements of ensuring reliability by repeating itself and at the same time being a novelty". [3: p. 4] The Hollywood remake, as a rule, means financial success (madmoney), and this success matches the desire to develop the success: if the movie was financially successful once, then why not repeat this success? [2: p. 30] Therefore, remakes are researched not only from the textual point of view, but also from the commercial. [3]

There are several definitions of remakes (movies based on earlier scenarios; new versions of already existing movies; movies covering several previous movies). [3: p. 1] With such a range of understanding of the remake’s nature, it is necessary to define the concepts by means of which the analysis will be carried out, e.g., it is possible to operate with such concepts like the unit of narration and intertextuality as the remake refers to "the infinite and open opportunities generated by all discursive practices of culture". [3: p. 1] Despite positive factors, remakes quite often have a semi-hidden existence, e.g., their status being disguised with euphemisms like encore, reworking, refitting, retooling, retread, redo, makeover, new version, thereby encouraging some audiences to place a remake in the general category "alteration" and accept the trans-textual reading of the movie. This could have the effect of inviting the audience to compare separate elements or information with limited consideration or to refuse the wide general or cultural analysis as a means to establish the modern value of the movie. [3: p. 147]

The compliance of three indicators in the narration is characteristic of the most typical type of remakes: the plot, time and spatial frame (chronotope), system of characters. The success of the original can serve as a criterion for the success of the translation of the remake and the fundamentals of typology: a group of remakes with full compliance with the three indicators (the plot, time and spatial frame), a group with the minimum changes in indicators, and a group with the greatest changes in indicators etc.

If the factor of the popularity of the American movie is a clear criterion, then for movie remakes, the situation is slightly different for other cultures: the financial success of the foreign movie is combined with cultural adaptation, thus, the cultural adaptation can adjust not only time and – especially – spatial indicators (action is often transferred to American cultural soil), but also plot features, leaving the system of characters untouched, such as the ending of the French movie L'Appartement and the American remake Wicker Park.

Thus, indicators of the national identity of the original, and also the narration are important for the translations of remakes: plot features, chronotope and system of characters. The analysis of the formation of remake titles shows the existence of active communicative tactics addressing the original which are also realized in the communicative tactics of the translation of the remake title.