Paid By the Word 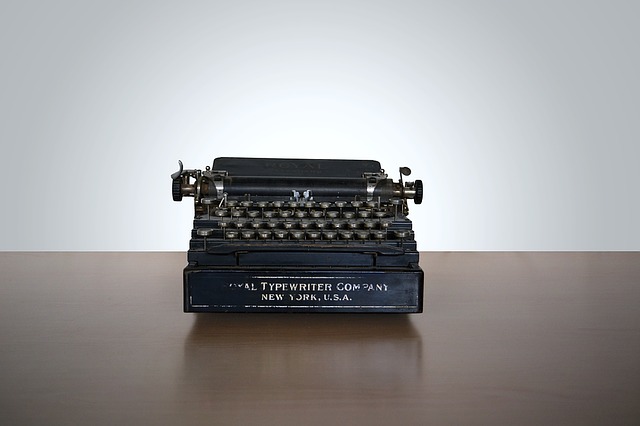 Our main goal as a community of translators is to figure out how we can lift professional translators up. The opinion here is that the focus we are putting on wages is perhaps the wrong framework for achieving better wage growth, and that we should rather focus on the value of our work to the market.

We refer to Karl Marx for a discussion of wages, labor-power, surplus value and use value, some of which is still relevant today. While Karl Marx can’t explain everything in the economy today, he makes a good reference for understanding wages in the translation industry, especially piece wages.

As most of the translation industry is working under this regime known as “cents per word,” we’ll start our analysis by talking about wages and ultimately conclude that we should stop focusing on them.

Getting to know Marx and wages

The first thing to understand with Marx, before you can get into piece wages, is the very particular language he uses about wages in general.

It is different than how we normally think of wages.

From Chapter 19 of Capital Volume I.

Typically, we would say that a person gets paid xmoney per hour and that each hour is paid accordingly. What Marx is pointing out is that this logic does not take into account the real value of the labour, which is reflected in its product, i.e., whatever the produced article is sold for. The difference between what the Capitalist pays for labor-power and what she sells the produced article for is known as surplus value. To grasp these mechanics, it’s helpful to learn use value and labor-power.

In order to account for the actual value of the labour-power, what Marx says is that the labourer who works an 8 hour day is paid for 4 hours and works 4 hours unpaid, for free. The Capitalist charges the value for the entire time worked in the price of the product, all 8 hours, creating a profit.

He then continues to say that if the goal is to merely reproduce the value of the labour, the 4 unpaid hours represent an unnecessary lengthening of the working day.

So who is making the sleight of hand? The Capitalist who says, “I pay a full-wage to my employees and then add my percentage to the product price,” or Marx who says, “The employee is paid for half of his time, and works unpaid for the Capitalist for the other half?”

It’s difficult to say what a translation is worth, since it forms part of a larger series of transactions or can be a psychological factor in a purchase or customer retention. The result is that translation prices move from the ground-up, starting with the price of the coffee and tea we are all guzzling in our home office. This also means that translation prices tend to rest as low as they can go, because without a clear notion of produced value, a translator’s wage is essentially her living expenses divided by her labor time.

There are several caveats with Marxism, of course. In fact, there are caveats everywhere! We’ll take it with a grain of salt and adjust our ideas accordingly.

In the same chapter, Marx points out a number of things that will ring true in the ears of translators and LSPs alike. Specifically, from Chapter 19 of Capital Volume I:

A commodity represents, say, 6 working-hours. If an invention is made by which it can be produced in 3 hours, the value, even of the commodity already produced, falls by half.

Of course, this we have seen over time in the translation industry. As tools and methods have helped translators work faster and businesses to manage those translations in less time, prices for the translations have fallen (due to market competition), just as Marx would predict, because the value of a common product seems to be lazily related to the price of the labor-power.

It’s also worthwhile to mention that this effect works on the Capitalist as well as the labourer. LSPs have also seen their prices drop as a result of time-saving methods of translation and management.

What Marx doesn’t mention because it wasn’t invented yet is something called Asymmetric Price Transmission, and it’s important to understand how these things work. Let’s call it APT.

Basically, APT says that an immediate productivity boost will not cause prices to fall immediately, but rather they will dither for some time before they reach their natural discount. It is during this dithering, when the Capitalist is charging the full-price but paying less for labour, that both Capitalist and inventor make enough money to justify the enterprise of increasing efficiency.

This also explains why those in the translation industry responsible for boosting productivity must continually boost productivity, i.e., produce translations faster and faster. When the profits of a previous boost have evaporated and prices have fallen to something approximating their natural price, the only way to resume those juiced-profits is to see another significant boost or to sell significantly more.

But over time, translators, agencies, and businesses will end up lowering their prices as they compete for contracts until finally they reach a their natural price and a highly competitive state in terms of maintaining productivity.

Moving on to Marx’s discussion of piece wages

He opens Chapter 21 on Piece Wages by explaining what we all know from our experience with prices per word in translation:

Which is precisely why the cost per word eventually drops when you start translating faster.

Marx continues and points out that:

The quality of the labour is here controlled by the work itself, which must be of average perfection if the piece-price is to be paid in full.

In other words, you can decide not to pay if the translation is not of sufficient quality, because you are buying translation and not time.

What’s really interesting is that he then points out:

Since the quality and intensity of the work are here controlled by the form of wage itself, superintendence of labour becomes in great part superfluous.

It’s also true that an hourly contract can stipulate the quality of work and delivery terms, but working per word ensures, by itself, cleaner deliveries that are more frequently on-time, as well as “repairs” if something was delivered defective, even if the working conditions were poor, as is often the case with rush deliveries. This should sound more or less like a sewing shop.

My sense has always been that per word prices were preferred because you can accurately assess the price of the translation work. As each translation is different, it’s convenient to estimate costs for all parties involved. This is certainly true, and for this reason we are essentially locked into piece wages for the foreseeable future.

Nevertheless, piece wages in Marx are very much related to how some translators perceive the role of agencies or language service providers. Marx continues to say that:

Piece wages therefore lay the foundation of the modern “domestic labour,” described above, as well as of a hierarchically organized system of exploitation and oppression. The latter has two fundamental forms. On the one hand, piece wages facilitate the interposition of parasites between the capitalist and the wagelabourer, the “sub-letting of labour.”

I do not agree 100% with this statement, because it’s huge. Nevertheless, we can see that it has import.

First of all, piece wages make it easier for inexperienced translators to get into the market, as in the “domestic labor” mentioned by Marx. Because they are paid by the piece, it no longer matters if they are effiecient or not, so long as they deliver on-time and with sufficient quality. Though the experienced translator earns more working at the same piece wage by way of efficiency, to the industrial translation company, it is all the same. The effect is that less experienced translators compete for the same work and depress wages for advanced translators who have failed to move into a higher “bracket” of the industry. It is not our purpose to complain; indeed, it’s an attractive industry for those who are love languages and want to start their career.

Secondly, we can’t be surprised that in an industry governed by piece wages, it is also largely governed by LSPs. In the big part of translation industry, project level machinery represents the means of production. I have heard of companies and jobs that behave more like middlemen and less like service providers. My translation radio show co-host recently remarked that he often feels like a number with almost no personal contact with the companies that pay him.

Yet, these companies succeed in selling translations at a higher price than do translators. Why?

My conclusion: break the focus on wages

I think we need to leave wages behind as the topic of the day and turn our attention to the benefits of translation. This goes for translators and LSPs and everyone else working in translations. So long as the conversation is about wages, those wages will largely continue to be living expenses divided by time.

The use value of translation is often difficult to quantify in money, since it enables or forms part of much larger transactions. Because translation is frequently seen as a barrier to doing business, rather than a tool for doing business, many in the industry think that we are underselling our translation services because the use value is not properly understood. The one thing we know is that we are opening entire markets for businesses with our language skills, which is a tremendous surplus value as well. Therefore, we need to sell that value instead of focusing on wages, which follow a Marxian behavior.

This is essentially what Richard Brookes of k-international and myself discussed (rather lazily) in Episode 2 of our podcast. Richard pointed out that we need to make that value understood, and instead of selling words and percentages, we should be selling the remarkable achievements you can make when you translate and do international business (which is sort of a use value).

I would advocate for translators and good LSPs to try to find a way to sell that value in every single transaction. When a customer asks, “how much can you do that for?” the typical answer, “my rate is .15 cents per word and this document will cost you 500 dollars,”  is essentially a straight up commodification of your time from the get go. Basically, you are selling your living expenses, divided by your time, divided by words (!), and the entire Marxist critique on wages starts to feel all to real.

The easiest way to break the chain is to ask questions about the purpose and benefit of the translation to the customer, especially where that customer is an actual business. Get them on a call, if you can. Asking the right questions enables statements of value, like “I can deliver your localized documentation in a manner that maintains your brand in front of the engineers. We need to impress this important new client and hopefully help enable further sales.”

People in the market, from top to bottom, who are realizing a full commodification of words and pushing prices ever downward, make it difficult to think of anything but wages.

Let’s ignore them as much as we can and sell value instead. 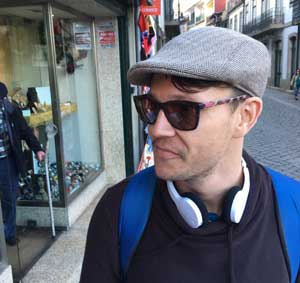 Subscribing to the general vibe of Conscious Capitalism, Robert is leading Zingword in an effort to help translators market their services, and also to help businesses localize their content and make better international business.