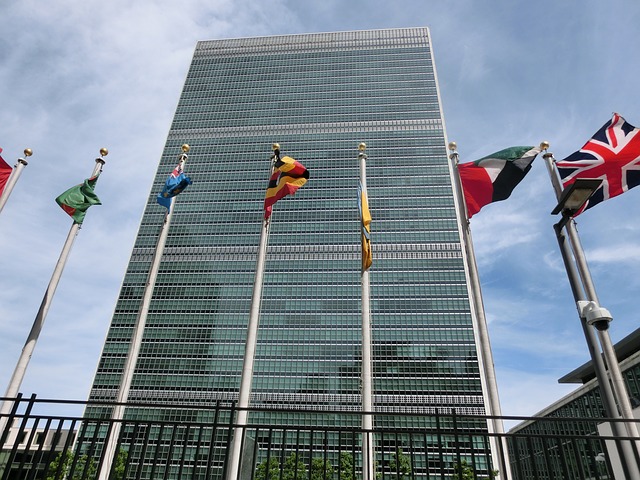 The ST is taken from the website of the United Nations High Commissioner for Human Rights. I chose it because, first, I am interested in knowing more about what the UN says about the reports concerning children’s rights submitted by Oman. Second, I would like to learn more about how to translate such documents and assess the quality of my translation by identifying and describing the most common errors in it.

Thus, I am going to adopt House’s covertly erroneous errors analysis to analyze mismatches between ST and TT in the categories of register and genre (Munday, 2012). I am also going to adopt House’s overtly erroneous errors analysis to comment on denotative errors related to lexical and grammatical choices, incorrect meanings and incorrectness in the TT language system (ibid) and violations of the UN writing norms.

In order to describe covertly erroneous errors in my translation, ST register categories like field, tenor and mode are analyzed based upon the methods proposed by House. The analysis process will be as in the following order. First, the field category is analyzed for “the subject matter and social action” (Munday, 2012, p. 141) expressed by the text. Second, the tenor category of the ST is analyzed for “author’s temporal, geographical and social provenance, author personal stance, social role relationship and social attitude” (ibid). Third, the mode is analyzed for medium and participation (House, 1997). Every analysis that belongs to any of these categories has to be supported by linguistic correlates which are lexical, syntactic and textual means (ibid). In addition to these categories, genre of the ST is also described. The same analysis of register and genre is carried out with the TT register and genre. ST and TT register categories and genre will be compared in order to reveal any mismatches between them. If the comparison shows that there are mismatches, they will be regarded as covertly erroneous errors.

The description of the two types of errors will be organized into two main parts. Part 1 will include a table in which register categories of the ST and TT are analyzed and compared. The table will also include a description of both ST and TT genres.

Before I go any further looking for errors in my translation, I felt that it is necessary to provide an overview of the approach I followed in my translation. First, because the text is issued by a UN committee, it means that it is a legal text. Thus, I followed a direct and explicit approach in which I tried to be as clear as possible in order not to provide misguiding information to the target readers, the public. Second, to employ this approach in my translation, I depended on the form of the ST, lexical and grammatical choices made in the ST, and avoided interpreting information using my background so that I won’t deviate from the intended meaning of the ST. It will be clear from the analysis of errors in my translation that this approach helped me avoid some errors. However, it contributed in committing other types of errors as well.

The previous analysis shows clearly that I managed to maintain the categories of register and genre of the ST in the TT. This means the TT does not contain covertly erroneous errors. First, the main features of register categories field, tenor and mode of the ST are reflected in the TT. For example, the field of the ST indicates that the text aims to inform the State party about the concluding observations that were adopted by the Committee on the Rights of the Child. Similarly, the TT expresses the same topic, نظرت اللجنة في التقرير الأولي لسلطنة عمان . Therefore, the field of the TT expresses the same topic or social activity of the field of the ST.

The tenor of the ST expresses the ideational textual function in the author’s personal stance and that is because of the legal nature of the content. The text includes positive and negative content about the State party’s report and this content is conveyed by the addresser with a sense of objectiveness, directness and frankness throughout the text. The TT reflects the same stance via the use of direct and objective verbs that indicate positive remarks like ترحب, تلاحظ, تشجع, توصي and negative remarks like تشعر بالقلق, تشعر بالأسف. Other domains in the tenor of the ST also express the ideational function. The social role relationship is asymmetrical and dominated by the Committee, which has a legal role in the text as an evaluator of a report, in order to express the concluding observations in the document to a contracting State, which has the role of the State party whose report is being evaluated. TT social role relationship is also asymmetrical and dominated by the Committee as it can be seen in the thematic arrangement of information in sentences like نظرت اللجنة في التقرير الأولي لدولة الطرف, ترحب اللجنة, توصي اللجنة. The Committee is always in place of the theme and the State party is always in place of the rheme, the legal message is directed from the Committee to the State party. Similarly, the social attitude of the ST indicates high level of formality and omits the addressee’s participation in order to focus more on the content of the text. This can be in the lexical choices made in the text like State party, Optional Protocol articles, Convention, Rights of the Child and Statute of Refugees; structures that omit the addressee’s participation, “The Committee considered the initial report,” “The Committee regrets the broad nature of the State party’s reservation.” Likewise, the TT also conveys a high level of formality in the dimension of social attitude by the use of formal language that contains formal words like عملا بالمادة, الملاحظات الختامية, البروتوكول الاختياري and simple structures in present simple tense, وتوصي اللجنة الدولة الطرف, تأسف اللجنة.

The medium in the mode category of the ST is simple because it is written to be read and the participation is simple because the text is a monologue. These features of the mode are required by the field, as a topic of legal nature, and tenor of the text, UN Committee commenting on a report. Therefore, mode has to be written to be to serve as a legal document and has to be a monologue to express the Committee’s concluding observations only. The same features of the mode of the ST are reflected in the TT by reflecting the characteristics of field and tenor of the ST.

Second, genre of the ST indicates that it is employed primarily for commenting on a report that is submitted to a committee. Thus, the same genre is employed in the TT to produce a genuine document in the TL.

It is clear from the above table that there are five types of overtly erroneous errors in my translation. First, errors that are related to UN norms. For example, I translated the verb “notes” as تحيط اللجنة علما. It should be تلاحظ اللجنة. I translated “reintegrated” as إعادة الاندماج. It should be إعادة الإدماج. To my surprise, “education” is not translated as التربية, as it is in my translation. The UN norm for it is التثقيف. Second, errors that are related to misinterpretation of some information in the text. In other words, I didn’t understand some information well; thus, I rendered them incorrectly. For example, I thought that the preposition “on” in the clause “ARTICLE 8 OF THE OPTIONAL PROTOCOL TO THE CONVENTION …. ON THE INVOLVEMENT OF CHILDREN” refers to the convention not to the Optional Protocol. Therefore, I rendered it as المتعلقة not المتعلق. Third, beside misinterpretations there are mistranslations. For example, I translated the model verb “may” in the clause “The Committee notes there may be unaccompanied migrant children” as تلاحظ اللجنة احتمال وجود أطفال مهاجرين. It is as if as the Committee is noting the “probability” not the probability of finding migrant children as in وتلاحظ اللجنة أنه قد يكون هناك أطفال مهاجرون. I also translated the word “conflict” as النزاعات not as النزاع. This is unjustified shift in the TT. Fourth, I made information distribution errors in rendering some clauses. For instance, in rendering the clause, “The Committee recommends, in light of article 6, paragraph 2, of the Protocol, that the State party...,” I followed the ST form and did not pay attention to the order of information in the TT when I rendered it as توصي اللجنة، على ضوء المادة 6، الفقرة 2، من البروتوكول، بأن تضمن الدولة. In Arabic, الفقرة is part of المادة. As a norm in UN documents, فقرة should proceed المادة. What is more, الدولة is the object of the verb توصي. It is placed far away from the subject of the clause and this weakens the style of the TT. Fifth, there are many instances of weak Arabic style. This might be due to less exposure to similar texts in Arabic. For example, I rendered the clause “in accordance with the provisions and the spirit of the Optional Protocol” as أحكام وروح البروتوكول الاختياري. A more natural style in Arabic is أحكام البروتوكول الاختياري وروحه. Another instance is that I translated the phrase “children in school” as الأطفال في المدارس. A better style in Arabic is أطفال المدارس.

Number of words from the introduction to the conclusion is 8,527