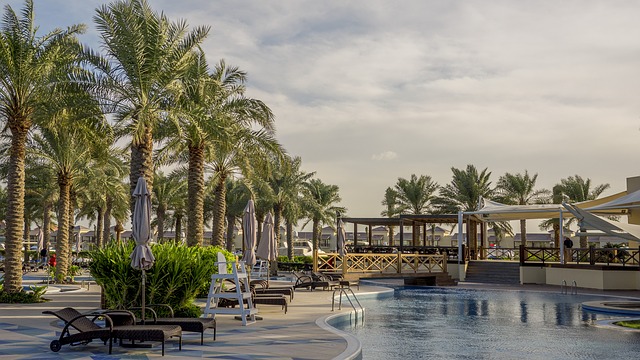 Tayeb Salih is the greatest Sudanese storyteller whose writings gained international praise and recognition substantiated by the number of world's living languages which received his stories in translation. This study aims at examining Denys Johnson Davies' English translations of conversational utterances in Tayeb Salih's stories as mainly displayed in Salih's novel: The Wedding of Zein, found to involve complications due to inclusion and/or treatment of colloquial, stylistic and cultural aspects and contexts.This paper uses Ljuba Tarvi's Token Equivalence Method (TEM) as a statistically and analytically- approved tool towards weighing and assessing Salih's products in its English version. The TEM involves assigning numbers to tokens of both SL and TL's colloquial conversational materials- divided into 3 levels namely: colloquial, vulgar and idiomatic- and using figures and tables to measure closeness/similarity or farness/differences between the two. TEM calculating techniques serves to evaluate the equivalence achieved by Johnson's translations across the levels and produce conclusions on both the validity of the method and the accuracy of translation.

Tayeb Salih wrote his stories in a style in which standard and colloquial language have been blended to form one that would appeal to the senses of different levels of readers in the original texts in Arabic as described by Pergnier, (cited by Trablesi: 2000: 470, researcher's translation):"We dispose of many languages: a correct and official one, another familiar one, a third vulgar, a fourth argotic, and we move with grand ease from one style into the other, at times in a nice medium of a phrase". This coincided with the linguistic conception stated by Barzegar (2008: 14) that: "Linguists suggest that languages vary on a continuum of formality: vulgar, slang, colloquial, neutral, formal and legal ceremonial". To Newmark (cited in Barzegar, 2008: 14), it meant: "a stylistic scale of formality ranging from officialese to formal, neutral, informal, colloquial, slang and taboo". The word colloquial (of language) is defined as one used in or characteristic of familiar and informal conversation, or unacceptably familiar" (Mirriam-Webster's dictionary, 2013).

This paper used the Token Equivalence Method (TEM) - proposed and experimented by Ljuba Tarvi- as a statistically and analytically- approved tool towards weighing and assessing Salih's products in its English version.

The TEM is a relatively modern method in the rapidly- developing field of Comparative Translation Assessment. As described by Tarvi (2004), "It is a mathematically- proven tool, descriptive rather than prescriptive, objective rather than subjective, and pragmatic rather than theoretical which quantitatively displays the degree of translations' closeness to the source texts". The TEM is capable of producing reliable results- both qualitative and quantitative- whether applied to large, medium or small-sized samples. This made it an advantageous feature for this study given the paucity of data it displayed. Nevertheless, full comparative exploitation of the method was somewhat hampered and its scope limited by the fact that the researcher targeted only one translation into English of colloquial utterances collected from Salih's novel: "The Wedding of Zein".

The researcher started by defining and determining the data to be prepared for analysis. The TEM involves assigning numbers to tokens of both SL and TL's colloquial conversational materials, and using figures and tables to measure closeness/similarity or farness/differences between the two. Of the many linguistic and stylistic features pertinent to the SL text, the colloquially conversational excerpts from Salih's novels had been found to represent the right material for analysis due to the following

Although the advantage of the size of material is crucial as stated by Tarvi (2004: 125 c.f Woods, 1986): " A larger sample size diminishes the potentiality of error", the position adopted by Tarvi (2004: 43 c.f Leuven- Zwart, 1989) on the empirical use of limited data for comparison and analysis is also equally valid as she stated- in comparing Dutch translations of the Spanish Don Quixote by Cervantes that: "comparing the two texts in their entirety is mostly neither possible nor necessary, and that a few passages chosen at random could satisfy carrying out a micro-structural analysis".

The original component of selected utterances- as the method assumes- is always 100% and the retained bulk of it was calculated as a percentage of this original. The method evaluated translation quality by degree of closeness to the original as the ST tokens were considered in terms of their semantic presence/absence in the TTs. In Tarvi's approach, calculations were carried out without defining or describing any SL/TL shifts; but by rather solely considering the tokens which preserve the semantic features corresponding to the original, with Catford's assumption of the approximation of correspondence (1965, 73,76). The SL/TL correspondence was to be determined and weighed in terms of 'isomorphism', a notion initiated by Nida in his essay: 'Isomorphic Relations and Equivalence in Translation' (1997) to mean: " being of identical or similar form, shape, or structure".

The method's Token Frame analysis within the TEM checked if any corresponding ST-TT tokens were isomorphic in terms of their relevance to reality, regardless of how close in meaning this correspondence was. A systemic monitoring of the Token Frame started with numbering every token in the ST, a technique originally pioneered by Vinay and Darbelnet (1996). Each ST token (sT) – any word separated from the other by space- was supplied with a bracketed number 'its personal label', irrespective of its linguistic form and function.

Tarvi (2004: 94) demonstrated the process by displaying the following example from the translation into English of Onegin (a famous poem by Russian poet Alexander Pushkin) whereby the notion of TL/TT correspondence acquires a concrete numerical expression as follows:

These basic literal types of isomorphism could also be employed using the TEM to render idioms which were normally characterized by their non-literality and inflexibility in the formulation of words and phrases.

In addition to investigating the statistical equivalence between SL/TL tokens in terms of plain colloquial level, the study was narrowed down to examine the reproduction of other two colloquially- related aspects: vulgar andidiomatic contents.

Adopting the same TEM attitude, following is a statistical review of Johnson's translations applied to the three groups of the selected materials:

The following tables display and comment on the TEM's calculated translations of original statements featuring the three selected levels:

Display and Calculation of Colloquial Rendition

In table 1 above, the ratio obtained - calculated on the basis of non-rendered tokens- is somewhat misleading because at least two of the four words lost in the translation, namely العروس : andيازول could have been preserved since they are terms for which straight-forward equivalents exist in the TT. The other two losses, however, باقي and مستهبل are colloquial terms the translator might have decided to evade, or thought for which an implicit rendition will suffice (rendering باقي as well enough). However- according to TEM's rule of application- the resulting output is endorsed and losses calculated as displayed above: 94 tokens out of 98, bringing the ratio up to 95.9 %.
The highlighted words and expressions marked some additions injected to the TT more and above the message of the original namely; put your trust in God, with me, and of yours. Following the TEM, such expressions could all be marked as eTs (excessive Tokens).

Surprisingly and shockingly enough- with three tokens escaping rendition, - the ratio here equaled the calculation of the colloquial level. The source of surprise came from the fact that selected clauses and sentences involved in the computation are rather densely colloquial- with the vulgarity/harshness mood added. This similar ST-TT interchangeability 'isomorphic' relation could both be justified by Johnson's adept reaction to the original even in its vulgar/rude implication, as well as to the subjective application of isomorphism within the TEM. For instance, although an overall lively meaning of the phrase (47) داير(48) يجيب (49 ) لنا (50) جنية : was preserved, the loss of token (49) is significant because it linked the speaker to the action.

As can be noticed in the TEM's calculation technique, when the literal meaning of the original expression is transferred into the TT, numbers were assigned for each and every rendered tokens, but when only the overall equivalent is reproduced, an overall numbering was assigned as in the last three example.

Once again the obtained 100% ratio of rendition was strikingly amazing as one might think that- compared to the previous two levels- rendition of such idiomatic notions should have entailed much more difficulty and thus achieving a logically lesser ratio.

What counted here is that- as far as the TEM's is concerned- equivalence had been preserved; either freely 'preserved', or 'translated', thus securing faithful rendition.

This highest 100% ratio can also be justified by the strategy of literal rendition to which Johnson has resorted in reproducing ST tokens, including sayings.

For further comparative insights, this study was equally interested in testing the similarity/difference in ratios of rendition of Salih's excerpts as they were exposed to translation into another TL, namely French language, achieved by Anne Wade Minkowski (1996). This was intended to help achieve a comparative and an analytical view for the degree of TT1/TT2 exhibition of ST materials. The employment of the TEM was enlightening in this regard given the scope of its use.

Display and calculation of Reproduction for Colloquial texts

Following is an analysis of reasons and justifications of non- equivalent rendition of certain problematic words and expressions:

Display and calculation of Reproduction for Colloquial (Vulgar) texts

We considered this (97%) ratio of rendition of this level in French equivalent to the English one since the missed token (8) ياولد could have been preserved in the TT. The two translators both decided to neglect rendering the other token (10) يازول; one clear reason to believe the translator into French had based his work on the English translated text. Rendition of the phraseأخته كانت دايراني أنا : Je lui ai tape dans l'oeil is yet an interesting case in point as the translator opted to reproduce it idiomatically in the TT, as had equally been opted for by Johnson's corresponding expression: "His sister had her eye on me".

Display and Calculation of Rendition for Colloquial (Idiomatic) texts

Despite failing to match the original expression: تمشيه فوق العجين مايلخبطه (avec qu'il aura intérêt á filer doux!), it was considered as rendered pursuant to the rule of isomorphism. Once again, the French rendition obtained the fullest 100% ratio similar to the English translation for the same level. Based on the aforementioned argument for the English translation, rendition in French – thanks to the rule of isomorphism- effectively reproduced the original. Though relatively difficult, idiomatic expressions achieved highest rendition ratios in the TT since they were treated and numerated as expressions rather than individual separate notions.

The following Table 7 summed up the resulting isomorphic SL/TL calculation of the three categories of selected texts for both TL1 and TL2 through an arithmetic interim Mean Index (MI) which exhibited an overall percent calculation of the original:

The ratios obtained from this quantitative analysis of Johnson's translation show an overall satisfactory reproduction of the contents of the SL texts in their various linguistic levels and to a comfortable outcome in both English and French; a fact which proves the viability of the TEM method as a subjective evaluating tool to weigh the representation of translation. Nevertheless, the evaluation cannot be considered conclusive unless complemented by other qualitative means and approaches.

Colloquial (2013). In Merriam Webster Online, Retrieved May 15, 2013, from
http://www.merriam-webster.com/dictionary/colloquial

Davies, J. (2006). Memories in Translation: A Life between the Lines of Arabic Literature. American.
University in Cairo Press. Cairo.

Abdelwahid Hamad el-Neel has been a full-time senior translator at the Ministry of Finance in Oman since 2010 culminating an extended experience of English language instruction at the Kassala University English Dept. His career also included an instruction of French at the French Scientific Unit of the University of Khartoum for 4 years. He holds a PhD in English language (translation) from Gezira University- Sudan, an MA in translation studies from the Islamic Institute for Translation in Khartoum and a BA (Honors) in French and English from the Faculty of Arts of the University of Khartoum. He is author of some publications and a regular contributor to various journals and research and academic gatherings.