Translating Literary Texts from and Into Igbo: Challenges 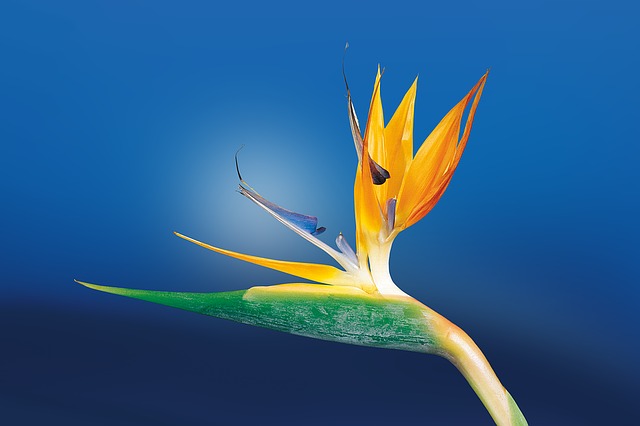 African multilingualism provides opportunities for multidisciplinary investigations. Language of expression is an important issue that comes to mind whenever literary creativity in Africa is evaluated. Nevertheless, original and translated literatures continue to grow in various African countries and particularly in Nigeria. Soyinka, Achebe and Adichie are among Nigerian writers that their works feature prominently in world literature. Whereas the works that popularized the above-mentioned authors are written in English Language, Nigerian authors like Fagunwa, Nwana and Achara whose languages of expression are indigenous Nigerian Languages, also feature prominently in contemporary world literature through the efforts of translators. This paper sets out to highlight the challenges that abound in translating literary texts from and into Igbo language.

Interpretation and translation remain the main traditional and modern communication media for connecting peoples and cultures. Whereas interpretation dwells essentially on oral communication, and is therefore practised in cultures with or without written traditions, translation is the prerogative of cultures with written traditions. The focus of the study is on translation. Any written information becomes the object of translation as soon as an attempt is made to reproduce it in another language. Given that knowledge is often departmentalized to make it more accessible to humans, translation is often categorized into different types such as literary, general, scientific, technical, pragmatic and pedagogical based on the nature of texts translated. The above types of translation could generally be grouped into literary and non-literary translation. Literary translation ensures that works of art are transferred from a source language into a target language while non-literary translation ensures that non-aesthetic information is disseminated from source languages to target languages. Writing on literary translation, Simpson (2007: 238-239) points out that the literary translator must keep an eye on all the intentions of his author, and must not close his eyes on the translations and other components of his own culture, the importing culture. In the same vein, Katan (2009: 88) presents the translator as “a cultural mediator whose task is to negotiate the various signals, contexts and stances”. Therefore, the literary translator is conceived in this study as a bilingual and bicultural reader who reproduces the message of a source literary text in a target literary text by considering the tenor of the source text and the literary traditions of the target text.

Our study is in the domain of literary translation as it sets out to investigate the challenges that abound in translating literary texts from and into Igbo language, one of the over 400 indigenous Nigerian languages (Aziza 2015:19). At the moment, by virtue of number of speakers, Hausa, Yoruba and Igbo are the three major languages of Nigeria. Igbo is spoken mainly in South-East of the country by approximately 24 million people (https://en.wikipedia.org/wiki/Igbo_language).

Nigeria’s present sociolinguistic situation indicates that English, the country’s official language, Pidgin English (the lingua Franca in multilingual cities), French, Arabic and other foreign languages are languages in contact. This implies that literary translation practice in Nigeria should be multidirectional as source texts could be translated from and into any of the languages in contact. Nevertheless, the study is limited to literary translation involving English, French and Igbo as the writer is only proficient in these three languages (translating from English or French into Igbo / from Igbo into English or French).

We agree with Katan (2009:81) that translation is essentially an intercultural communication that attempts to bridge the gap between culturally diverse readers. Although languages may be genetically related, no two cultures are identical as each culture has its worldview. Hence, in translating from Igbo into English or French, translators resort to the use of loan-words where a particular Igbo phenomenon is totally absent or does not have a close equivalent in the target language.

Loan-words exist in every living language that is in contact with other languages. It is quite rare to see a book that contains no loan-word. Writers often use loan-words to fill linguistic, technological and cultural gaps or for stylistic reasons. The source text in the context of our study means a text that is written in English, French or Igbo. While translating Mark Anthony’s Speech in Julius Caesar from English into Igbo, Nwanjoku (2009:11) retained the loan-word ’Lupercal’ in order to fill a cultural gap. Furthermore, Anyaehie’s translation of Nwana’s Omenuko into French, explains clearly the use of loan-words as shown in the excerpts below:

Lexicographic sources such as monolingual and bilingual dictionaries, Encyclopedia and specialized dictionaries are traditional tools for translators. For English and French, these sources abound both in analogue and digital forms. Nevertheless, in Igbo, these sources are scarcely available even in analogue forms. Indeed, at the time of the writing of this essay, the writer’s efforts to discover and use online Igbo dictionaries have remained fruitless, whereas for French and English online dictionaries, one often has a dozen to choose from. It is noteworthy that in translating literary texts from Igbo into English and French, and from English and French into Igbo, the writer has been using three English-Igbo dictionaries, namely Nnaji (1995) Echeruo (2001) and Akponye (2014), an Igbo-French dictionary, that is, Ugochukwu and Okakor (2004), but has never seen a monolingual Igbo dictionary. Online English dictionaries often consulted by the writer include The Free Dictionary (http://www.thefreedictionary.com) and https://en.wikipedia.org/wik, while the online French dictionaries consulted often by the writer include http://www.le-dictionnaire.com/ http://www.le-dictionnaire.com/definition.php?mot=fameux and https://fr.wiktionary.org/wiki. With regards to online bilingual dictionaries, Collins English-French dictionary online (http://www.collinsdictionary.com/dictionary/english-french/country http://www.wordreference.com/enfr/country) and Larousse (français-anglais en ligne (http://www.larousse.fr/dictionnaires/francais-anglais/ http://www.larousse.fr/dictionnaires/francais-anglais/fameux/32702), are the ones the writer uses most often. Although the website http://igbopedia.info/attempts to function as an online lexicographic source for Igbo, the writer’s experience shows that there is no online dictionary for Igbo that one can name or consult 24/7 contrary to the highly developed e-dictionaries that exist for English and French. It is interesting to note that the writer’s attempt to look up the Igbo word ‘aka’ (hand) in an online Igbo dictionary ended up with the information “no matches for your search ‘aka’, whereas the search for the English word ‘famous’ yielded a very quick result from many sites notably https://en.wikipedia.org/wiki/Famous http://www.thefreedictionary.com/famous. In the same vein, the search for the French word ‘fameux’ on two websites namely, http://www.le-dictionnaire.com/definition.php?mot=fameux http://orthonet.sdv.fr/php/rech_mot.php?mot=fameux, also reveal that French online dictionaries are readily available.

The impact of Information and Computer Technology (ICT) on the 21st Century translator is enormous. Easy access to an Igbo Keyboard is a major setback in translating Igbo texts into English. Although the writer has read certain works such as Manfredi (2005:285) and Amfani (2015:7), at the time of the writing of this paper, the writer is yet to see an Igbo keyboard or a keyboard whose keys include the following sounds: Ụ ụ        Ọ ọ            ị Ị     Ô    N. The problem becomes more acute when tones have to be marked as shown below:  ọ̀   ọ́   ị́   ị̀    ị̄  Ụ́  ụ̀   ụ́   ā . For many years, the only means of representing these sounds known to the writer was ‘insert symbols’ which is so cumbersome that man hours spent on producing an Igbo text is not comparable to that spent in producing an English text using the readily available English keyboards.. To worsen the case, sometimes when Igbo light vowels are inserted through symbols and printed, these symbols come out in print as English sounds. However, the keyboard problem encountered in translating from Igbo into English or French is lesser than when translating from English or French into Igbo. Indeed, if the Igbo source text is not presented and only the English target text is presented, the problem is very minimal as only Igbo loan-words will be affected. On the other hand, in translating literary texts from Igbo into French, there may be no problem of keyboard in producing the French version since French keyboards are readily available in francophone countries. However, where the English keyboard is used, the insert symbols for French is less rigorous as all French sounds are contained in the Basic Latin/ Extended Latin component of the English keyboard. When printed, the French sounds come out well unlike the Igbo sounds. Indeed, the writer’s translation of the Igbo poem “Atịlọgwụ’ into French took a little more time than the English version because an English keyboard was used. It is noteworthy that the writer’s effort to translate into and from Igbo language is currently less burdensome due to a recent purchase of Soligsoft ng Keyboard which is adapted to Igbo and other Nigerian languages.

Problems of orthography arise mainly when translating from English or French into Igbo because current literature in Igbo language shows orthographic variations even in works of Igbo linguists.  Presented hereafter are some examples of different orthographies for the same Igbo word or loan-word adapted to Igbo phonological system as seen in the works of some indigenous Igbo scholars:

To sum up the orthographic inconsistencies above, we note that whereas Emenanjo and Eme write ‘Ọ bụla’ as two words, Okediadi and Nnaji write ‘Ọbụla’ as one word. While translating the French Play Ma vie m’appartient (Nkoro, 2013), into Igbo, the writer had great difficulties choosing between these two options which occur in current literature in Igbo. It should be noted that the issue involved here is not that of synonymy as the case of ‘mụ’ and ‘m’ (I, me), but a case of non-standard form or lack of consensus among Igbo scholars.

Literary creativity in Africa is a living activity that involves the use of European, non-European and autochthonous African languages. In Nigeria, literary translation is done essentially from European into European languages, from European into indigenous Nigerian languages and from indigenous Nigerian languages into European languages. The study focused on translating from and into Igbo language drawing examples from English and French texts translated into Igbo and texts translated from Igbo into English and French. Though there are cultural, technological and linguistic challenges encountered by the Igbo-English-French literary translator, solutions to these challenges call for an interdisciplinary cooperation. Indeed, translating from and into Igbo and other Nigerian languages provides great opportunities to contribute to comparative linguistics, comparative literature, translation studies, cultural studies, African studies and literary studies.

Akponye, O. (2014). Bi-Lingual Dictionary of the Igbo and English Languages with

Amfani, A. H. (2015). “Developing and Sustaining Nigerian Languages in the ICT Age”.

Nwanjoku, A. C. 2009). “Translating Shakespearean Drama into Igbo Language: A

Okeke, V. O. (2000).  “Language and Culture and their Complementarity in Language