Difficulties in Finding Equivalences: A Personal Experience in Translating Oscar Wilde’s Short Story “The Selfish Giant” from English into Tamil 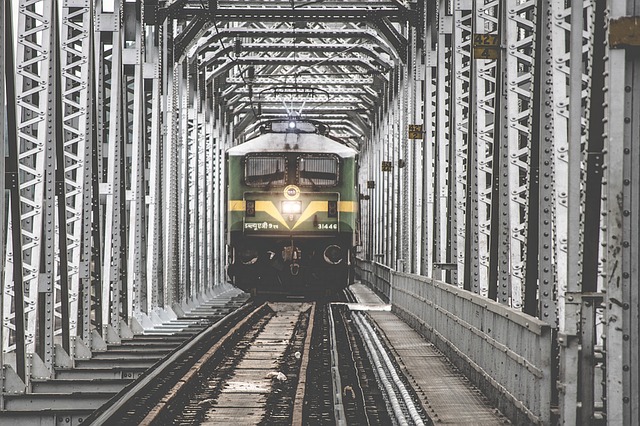 English education has, of late, received sudden fillip in schools, colleges, and universities. The study of English language and literature has gained importance and prestige. Irrespective of the branch of study, students show keen interest in acquiring skills in English. Students of Humanities, social studies and science with skills in English easily find employment in banks, Life Insurance Corporation of India, schools, colleges, universities, state and central Government services. They are also lucratively employed as journalists, advertisers, creative writers, and as translators. In a multi-lingual context, translation can open up new avenues for employment in India. Translation is a potential field for occupation in India and in the global market.

Translation has been considered a branch of literary study and an off shoot of Comparative Literature. In a restricted sense, it involves the rendering of a Source Language (SL) text into the Target Language (TL) text. Translation can be taken as a means of conveying the thoughts and concepts in one language into another. It is the process of conveying messages across linguistic and cultural barriers. Translation enriches the scholars’ minds and provides them with a current of ideas.

There are many uses of translation. It promotes proper understanding among the people of the world. The translation of great works reveals the essence of man, and the essence of oneness of mankind. Horst Frenz, a twentieth century German theorist on Comparative Literature remarks in “The Art of Translation” , “The task of the translator is increasing in importance and he is contributing in a large measure to a one-world concept” (p. 105).

A close look at the translation theories reveals that translation is a complex art rather than a derivative art. It serves as a link between cultures, ages, traditions, and languages. Needless to say, translation studies in the modern context involve other branches of knowledge like linguistics, psychology, anthropology, sociology and other intermediary fields like socio-linguistics.

In a multi-lingual Indian context, translation has an important role to play. It becomes a significant branch with rich possibilities for the exchange of literatures among the Indians. The aim of this paper is to identify the problems of a translator in general with particular reference to personal experience in translating Oscar Wilde’s short story “The Selfish Giant” from English into Tamil. The paper presenter translated Wilde’s short story as an academic exercise. The paper accounts her experience in tackling the challenges in the translation. The end result of this attempt is to offer some possible help to young scholars who would choose translation as an occupation.

Wilde’s Short story “The Selfish Giant” is interesting. It is a fairy tale dealing with a giant, Christ child and a few children. The incidents happen in a garden. The end of the short story is gripping due to the sudden change in the mind of the selfish giant. The selfish giant becomes magnanimous and is blessed by the Christ child.

The organization of the short story may apparently be simple but the translation of it has posed many challenges. The translation of the title “The Selfish Giant” poses difficulties as it is culture bound. The Advanced Learner’s Dictionary of Current English by A.S.Hornby defines the term Giant as a “man of very great height and size” (p.418). The Tamil equivalent for giant is

. As per the connotations stated in Tamil literature refers to the villain. Hence, to the Tamil readers denotes a person having the negative values. The English word Giant does not denote the negative values. Therefore, the translation of the title poses difficulties. The meanings of the giant and could be represented as follows:

The translator had to add a footnote to

to desist the Tamil readers from getting wrong idea of the giant in the original short story.

Subsequently, translation of the text of the short story also posed semantic problems. In England there are only four seasons. They are, the winter (November/December to February), the spring (March to June), the summer (June to August) and the autumn (September, November). According to

, the division of the seasons in the Tamil context are six:

therefore, includes things happening in the winter and in the autumn. This poses problem for the translator of the story. The translator was guided by a principle. When the text of the story relates to cold climate, she translated the name of the season (the winter) as

When the text of the story relates to the withering of leaves, she translated the name of the season (the autumn) as

Hence, the translator has overcome the difficulty by supplying detailed appendix citing probable Tamil equivalence for the English words as follows:

The verbal description of nature in the original text also posed difficulties. There are many terms for the variations of snow in the original text. These words richly contribute to the creation of the desired atmosphere for the short story. The Advanced Learner’s Dictionary defines hail as “frozen rain drops falling from the sky” (p.447), snow as “frozen vapour falling from the sky in soft white flakes” (p.951), and frost as a “weather condition with temperature below the freezing point of water” (p.401). There are other synonymous words such as ice, freeze, cool and chill in the English language. Ice means “frozen water made solid by cold” (p.486), freeze means “be so cold that water turns into ice” (p.398), cool refers to a condition “between warm and cold” (p. 213) and chill means “unpleasant feeling of coldness” (p.161). There is multiplicity of words referring to the cold climate in the English language. The cold English climate seems to be responsible for the plurality of the English words referring to it. Tamil Nadu, where Tamil is mostly the mother tongue, is situated in the tropical region where it is mostly hot. Tamil shows paucity of words to convey a large number of English words referring to cold climate. This posed challenge for the translator as the short story has a number references to different forms of cold climate in England. The translator has translated the following terms as given below:

The translator has used the common word  for hail, snow, frost  and  Certain  words  in  the  original  text  have  no equivalent words in Tamil. Hence, words like the peach tree and Cornish Ogre are transliterated as

English is an Indo–European language. Tamil is a Dravidian language. English and Tamil differ from each other syntactically and semantically. There is also cultural divergence between the speakers of both the languages. These factors pose problems to a translator involved in translating a literary piece in English into Tamil. Finding equivalences between the languages is a problem for the translator. The exercise of translating “The Selfish Giant” has posed many problems involving culture, the seasons, and the verbal description of nature. Hence, only an approximation in meaning could be captured in the Tamil translation of “The Selfish Giant” by the paper presenter. A youth who chooses translation for an occupation has to resolve challenges involving culture, climate, description of nature and so on very resourcefully with sound knowledge of the source language and the target language.