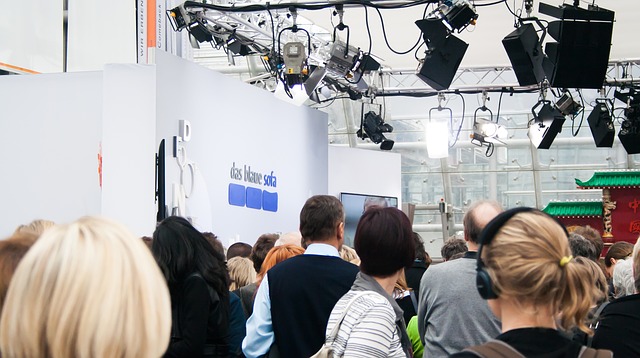 The notion of translation is determined by the kind of behavior or attitude one is having towards a language. If one thinks that the import of SL items will suppress the growth of the target language, one will not import the items; one will translate all the terms in whatever way one can do it. And if one thinks otherwise, one will go on importing and accepting many SL terms in the target language. Neither of them is wrong. There are languages in the world where such import is least and there are languages where such import is more. Language does not develop on its own. It is the language speaker or the agency or the patron who is responsible for the growth of a language. In this context, a language is subjective as it is always spoken by a subject or used by a patron or agency. The subject may not be an individual speaker only but also a group of speakers or a society or an institution or an agency. This is why the decision of the nature of translation of cultural terms is a subjective one and it may differ from a translator to another. So whether to domesticate a text or foreignize it is subject to who is translating and for whom is the translation meant. Attitude towards a language determines the form of a translation or the decision of domesticating the source cultural terms in a target language or to foreignize the same. When it becomes an ‘either-or situation’, translation becomes a selection. To me a selection includes something and excludes something else. The very act of selection takes language attitude into account.

Jung defines attitude as “readiness of the psyche to act or react in a certain way”. Psyche means the totality of the human mind. Oxford dictionary of English defines it as a settled way of thinking or feeling about something. From these definitions, one could think of attitude as an aspect of mind and behavior. As an aspect of mind, it motivates an individual to behave in a certain way. The two words in the above definitions, ‘readiness’ and ‘settled’, construe a situation that is already in place. A translator is always with a settled behavior, she/he is an agent for translation as a process and for translation as a text with an attitude that is developed by his/her society and upbringing. There are institutions who determine the attitude of a translator that is reflected on the translation. But the attitude differs from a translator of a major language to a minor. The institutions of a major language are established agents under whom translation as a work operates where there is a limitation of choice and procedure. A translator of a minor language has more than one choice because he/she does not have an established institution to support his/her choice. An established language has a standard variety in which the writing system operates. Because of the existence of a standard variety and its practices give its user the phenomenon of this is right and that is wrong. Broadly, there is nothing right or wrong in a language. It is the prescribed norm of a language user that creates such binary opposites. Attitudes towards a language are developed and governed by the prescribed norms. As Milroy rightly stated,

Language in political discourse, in nation-state debate, in ideological discourses, is being talked about more in the 20th and 21st century. Language that we speak has become focused in the argument of the identity formation by creating a boundary. Creating a geographical area for a language and assigning a political administration by giving a line of limitation to it are the issues concerning politicizing the language and the language speakers throughout the world. In this context, language attitude is created by a power. Standardizing a language means prioritizing a language. Prioritizing a language entails prioritizing the associated attitude with it.

Language purism plays a major role in providing equivalents in Indian languages. There are languages like Tamil which seems to provide equivalents for each and every English term; they don’t go for accepting English terms in Tamil. There are other modern Indian languages like Hindi, Bangla, Odia, Gujarati, Marathi, Kannada etc who tend to accept English terms as they are in English. It depends on the attitude of the language speakers whether to accept the English terms or to coin new equivalents. In most of the Indian languages, language purism is witnessed covertly. When the government of India started compiling scientific and technical terms in Hindi in 60s, scholars were divided because of language purism and language liberalism. A group of scholars had the opinion to coin Hindi terms for every English term and another group of scholars opined for retaining many English terms in Hindi. One was to develop Hindi homogeneously and the other was to import English words as much as possible. One was driven by language purism and the other was driven by language liberalism. Both have their own logic of doing so. Fortunately, the authority took a middle path and solved the conflict. Such groups do exist in most of the Indian languages.

The disagreement in translation has been more at the level of words or terms than at the level of sentences. Words or terms have been at the center of debate and discussion more in the field of translation. One of the reasons behind this is the degree of synonymity at the level of words and sentences. Selection of equivalents does not happen in vacuum, a translator or a terminographer or a writer or a group of speakers does it in a planned deliberate way in a time and space which may get practiced again and again by their followers. Decision on equivalence can be challenged at any time, as perfect equivalence is impossible and the language user/speaker is transitory and language is infinite (infinite means one cannot master everything of a language in a lifetime).

Language attitude is not the attitude of a language but it is the attitude of its speakers. It is the language-user who decides what to use and what not to use. Such decision is a complex phenomenon. Decision seems to be an individual attempt but actually driven by the community to which an individual belongs. When a community agrees with a decision, it moves it towards an establishment. Community’s decision may be logical or may be arbitrary. Language, above all, is an arbitrary system. Language is neutral; it has nothing to do with one’s emotion, with one’s feelings. A human being may use language emotionally does not mean that the language is emotional. Use of one’s language shows his/her attitude towards that language. Attitude implied language is found in oral or written communication. Translation, a field of language-use, reflects the attitude of the translator as an individual or as a member of a society or a community.

Twentieth century has brought to us many critical attitudes which have been used as translation strategies either for doing a translation or for evaluating it. One such attitude is feminist attitude to translation. Dr. Laleh Bakhtiar, an Iranian-American, did translate the Quran with an attitude that can critically evaluate the discrimination found in the already available translation of the Quran. Bakhtiar's translation has given much stuff to the feminists who could witness the male-dominated attitudes towards women in the Muslim society.Dr.Bakhtiar’s translation of the Quran exemplifies the transient nature of the decision on equivalence. An Arabic word has twenty five synonyms in English. The choice of synonym determines who translates and the skopos of translation. Dr.Baktiar is the first woman translator of the Quran; the translations of the Quran which are available are mostly by the male translators.An Arabic word ‘ḍaraba’ in the chapter 4-verse-34 has more than one English equivalents. Already available translations of the Quran have the equivalent, beat or hit for this Arabic word. To go away is another English equivalent for the same. She preferred using 'to go away' instead of ‘beat’ or ‘hit’. Bakhtiar, who deliberately does a feminist reading of it, questioned the selection of synonyms. This could be witnessed with the translation of other holy texts also. “Studies of the Bible as a translated text have shown that translations generally hardened Christian attitudes against women over the centuries, interpreting these ancient texts to define women as the root of evil (Korsak, 1992).” Translation of the Holy Bible in Indian languages reveals the rigidity that the authority of Church wanted to have on Indian languages. Language was treated as a means to serve the religious agenda of the church.

In many Indian English writings these days, we do witness the use of words from Indian languages. Arundhati Roy used ‘naale’ in the end of the God of Small Things for example. Indian writing in English has become accommodative and has been using many words from Tamilish, Hinglish and from other varieties. It is not only happening from this front, it has been a practice now on the other front. Interestingly, Oxford Dictionary of English has accepted more than 200 words from Indian languages as English word. English language is more accommodating in nature.Oxford dictionary of English has already accepted dharma, dhoti and many such terms in English. English continues to be a dominant language as far as its use is concerned. It has been treated as a prestige-language since the advent of English colony in India. It has become one of the Indian languages in such a way that many English words have been nativized in Indian languages. The presence of English and its development in India has caused the rise of Hinglish, Tamlish and other varieties. Unfortunately, our scholars still struggle to search equivalents for these accepted terms. One could witness the dynamic attitude the English lexicographers are having towards the English. Scholars don’t understand the heterogeneous make up of our Indian languages. Language has a nature to an extent that cannot be categorized as one language like English, Tamil or French etc.