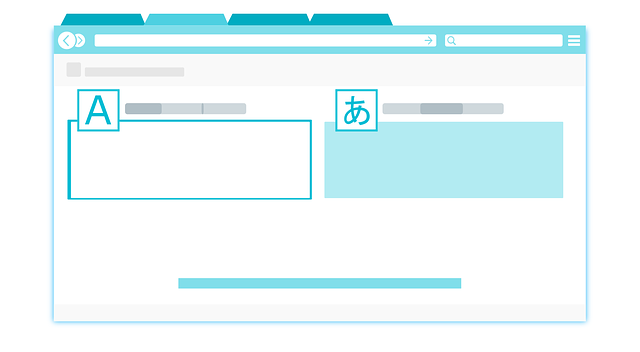 The terms “translation” and “transcription” are sometimes used interchangeably. Although the construction of the word shares a similar structure, they describe two very different actions when working with languages.

If you have an audio file with spoken language on it, you cannot have a translation without a transcription.

There are several differences between translation and transcription to consider when creating an accurate text. A few similarities exist as well. To discover these, translation agency Espresso Translations attempts to provide a clear definition of both.

What Is a Translation?

Translation is the process of converting one language into another language with the same quality for a local reader. It can be done by machine or by an individual who is fluently familiar with both languages. For an effective translation, a native understanding of language nuance, jargon, and slang must be understood.

The most effective translations are performed by an experienced translator, then edited by another individual fluently familiar with both languages.

What Is a Transcription?

Transcription is the process of creating a written record from another form of media. A common form of transcription involves listening to an audio file, then writing down what was stated in that file verbatim. It is an exact copy of either a recording or an event that occurs in real-time.

Where the differences between translation and transcription become confusing is when you have an audio recording in one language, then require a written text in a different language.

What Is the Process of Translating an Audio File?

To properly translate an audio or video file, an exact copy must be created in the language spoken through the process of transcription. It is always composed in the original language of the recorded audio or spoken words being processed.

Attempting to translate directly from an audio file increases the likelihood than an error will be created within the work.

By having someone fluent in the language being spoken on the file available for the transcription, an exact record can be created.

Once that record is created, it can be translated into your preferred language. That becomes possible because the person performing the translation can take the intention of the text and put it into the same context in the targeted language with more accuracy.

How Is a Transcription Different from a Translation?

A transcription cannot exist without source audio, whereas a translation may occur if there is a source text available. Transcriptions can be processed from audio files, video files, or in real-time, such as during a business meeting.

An accurate translation will convey the same meaning to each person reading the text in their native language.

A transcription is also different because it represents specific diacritics that another language may not represent. A translation converts diacritics into the desired language from the source text. An example of this difference can be found in the word “résumé.” In English, “résumé” is often spelled as “resume,” without the accent marks.

In a transcription, these accents would be required in the native language to create an accurate translation. Then, if it were being translated into English, those accents would likely be removed.

Some languages include distinct letters of the alphabet that may not be used in other languages. An example of this in German would be the letter ß, or the “Eszett.” In a transcription, this letter would be used when spoken.

In languages where this letter is not available, however, it is translated as either “ss” or “sz.”

Arabic offers numerous examples of this situation. In a transcription, you might find the letters خ , غ , ق , ح and ﻉ. If that transcript were then translated, the closest sounds in English would be “kh,” “gh,” “q,” “haa,” and “ayn." The translator would then be responsible for finding suitable alternatives within English for these letters that simply do not exist.

Transcriptions are also responsible for documenting the meanings of click consonants in certain languages. The Taa language, for example, has more than 80 different clicks which have separate meanings. Translations would then provide the most accurate representation of these sounds into a written text understandable from a reader’s native language perspective.

How Is a Transcription Similar to a Translation?

Transcriptions and translations improve the way we communicate with one another as well. These services provide opportunities for the world to come together because they allow us to accurately understand information, even if it comes from source materials we may not be able to understand.

Why Is It Important to Know the Difference?

In the world of languages, accuracy is of the utmost importance. Words and sounds have specific meanings when they are offered by a speaker. Confusing these terms for one another changes what is being requested of a transcription and/or translation service provider.

That is why the translation vs transcription debate is really not much of a debate. They are two clear, distinctive services that provide their own specific outcomes, even if there are a few similarities when comparing the two terms.