The Importance of Listening and Short-Term Memory in Interpreting 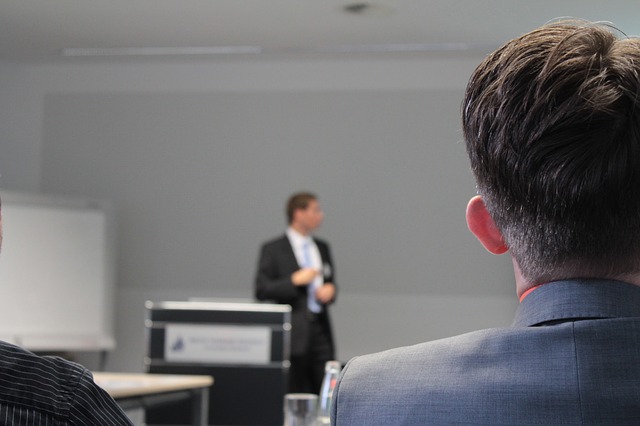 It goes without saying that good knowledge of both source and target languages is one of the most crucial elements in interpreting. However, the aforesaid is not sufficient and other elements are involved in the process of interpreting, which include strong short-term memory and powerful listening. Some approaches required for this purpose are explained. As Selescovitch (1978) reiterated, factors such as memory and listening play a major role in interpreting, since for a spoken message to be favorably translated into words of another language, it should initially be understood and remembered. In interpreting, the source language form is less significant and meaning is of greater importance. The unit of translation in interpreting is usually sentence or message instead of word. The present article illustrates the importance of listening and short-term memory in the interpreting process and outlines some techniques to improve these skills for a higher quality interpreting to be achieved. Some approaches required for this purpose will be explained.

Interpreting has been defined in different ways by various scholars. The term is usually called "interpreting" rather than "interpretation" and the discipline is named "Interpreting Studies". Although most theoreticians believe that interpreting is rendering spoken words from one language to another, some aspects of these definitions appear to be different. While Mahmoodzadeh (1992) defined interpreting as "presenting in the target language, the exact meaning of what is uttered in the source language either simultaneously or consecutively, preserving the tone of the speakers," Pochhacker & Shlesinger (2002) believed interpreting was an "interlingual, intercultural oral or signed mediation, enabling communication between individuals or groups who do not share, or do not choose to use, the same language (s)".

In simultaneous interpreting, the interpreter orally translates while the speaker is speaking. In other words, during most of the simultaneity period the interpreter is listening and speaking at the same time.

Classification of interpreting based on social situation and special kinds

Different factors are involved in the success of an interpreter which include good knowledge of the SL and the TL, subject familiarity, good listening and understanding, high level of concentration, powerful memory (Mahmoodzadeh, 1992), self-confidence, neutrality, and ability to perform under stressful conditions.

The effect of short-term memory on interpreting

Short-term memory (STM) plays a major role in interpreting. When we receive an input from the environment, it is transferred to our sensory registers where it remains for less than a second. The message is encoded either in the form of acoustic, visual, or semantic data and thereafter moves to our STM where it remains for less than thirty seconds. Some scholars believe that in interpreting this figure is less than ten seconds (Smith, 1985). After this stage, the message may move to our long term memory (LTM) where it will remain forever. This will depend upon whether or not the message is coded, retrieved, or rehearsed. If not, the message will be forgotten. Data in interpreters' LTM will help them to put the information they hear into context, but STM is of immediate assistance without which they will not be able to function properly.

Techniques for improvement of STM

Some techniques for enhancing the quality of memory are retelling in source language, shadowing, mnemonic techniques, short-term memory exercises with inference, newspaper/news translation, and speech translation.

In order to enhance the memory, one can memorize phone numbers, poems, literary pieces, simple scientific formulas, etc. These techniques are helpful for keeping new information in mind. Knowing the subject of discussion and key terms can be useful for understanding and memorizing the message; although there is time duration limitation and the encoding and decoding process takes place in a short time. If the interpreter is not familiar with the subject and key terms of the discussion, remembering the message will be difficult.

The role of listening in interpreting

Another major element in the oral translation process is listening. The first step in the quality of interpreting relates to listening and analyzing the source language speech, so that one can transfer the message as accurately as possible. Having a high level of focus, listening skill, and powerful short-term memory are the main factors to conduct interpreting perfectly. Listening is particularly important in simultaneous interpreting where the interpreter has to concurrently listen and speak during a large portion of the time.

According to Lederer (1981), "Paralinguistic knowledge is very important in a good understanding of listening". Listening is very crucial and listening and understanding have to happen in just one stage, because there is no time to listen again to understand any vague parts (Balkhkanlou, 2010).

Interpreting needs a different listening skill for numbers. There are some areas, which have to be paid special attention. These include mono-meaning words, quantitative numbers, proper names, and technical expressions (Balkhkanlou, 2010).

In order to determine the role of STM in interpreting, the two main modes are defined. Different definitions are compared and contrasted and various modes and types of interpreting are outlined. Different factors involved in rendering a favorable interpreting are pointed out. Two of the mentioned factors, i.e. listening and STM are explained. The differences between STM and LTM are reiterated. Thereafter, the role of STM in simultaneous and consecutive interpreting is explained by taking into consideration the various stages of information processing in the memory. Another skill with a critical role in interpreting, i.e. listening is explained. Thereafter, techniques for enhancement of STM and listening are described.

Good knowledge of SL and TL is a necessary but not sufficient requirement in interpreting. Among other factors, interpreters have to pay special attention to improving listening and short-term memory. It is necessary for the interpreter to concentrate on the message, instead of words, details, or form of the SL. In this study, we have outlined different modes and types of interpreting and reiterated the significant role of STM and listening in simultaneous and consecutive interpreting. Some techniques for enhancement of the aforesaid were summarized.