Web Translation as a Genre | e-Books

Web Translation as a Genre 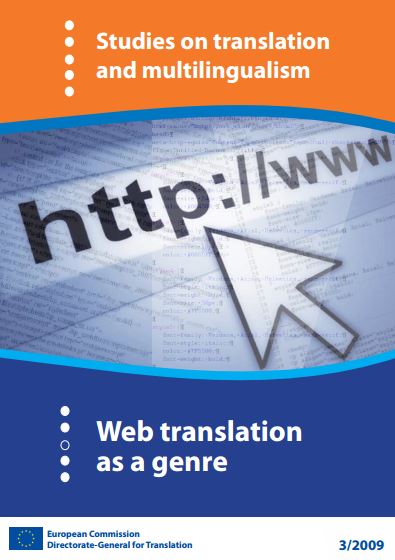 This study analyses the characteristics of web translation within the specific context of the multilingual EUROPA website at the Directorate-General for Translation, comparing it with more traditional modes of translation and pinpointing strategies used by translators to localise their texts. The study involved comparing web translator interviews with literature on translating and cross-cultural communication.
One of the key findings was that translators must be continuously aware of the cultural differences between national reader groups and that they adapt Commission messages to ensure that they are clear and comprehensible for their respective target readership. This study
sheds some light on this skill, or the "inner world" of translators and their ways of matching the needs of the Commission to the cultural context of their reader.
This study is part of a series of DG Translation studies on translation and multilingualism. It was realised through interviews with ten Commission web translators and editors who were designated as a reference group by the Head of the Web Translation Unit, and a comparative analysis of translations of web texts in different languages. The findings were then viewed alongside existing literature on translation and on writing for the web, survey data on EU nationals' attitudes, as well as the Commission's communication policy. Many of the examples used in this study were highlighted by Commission web translators as examples of how they had localised their translation or solved situations where the original text would not have worked in the target culture unless it was adapted.