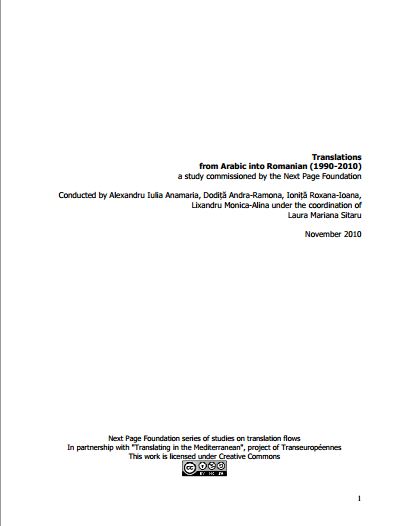 According to Ioana Feodorov in her study “The Arab World in the Romanian Culture (1957-2001)” , in Romania, the systematical study of the Arabic language and literature was initiated in 1957, although the Arabic language had been taught and learned sporadically here, at different times, in certain high-schools with a special profile (for instance, at the Muslim Theological Seminar). In short, we may say that it is possible to speak of a translation activity directly from Arabic and a research activity in the field of Arabic language and literature in Romania since the beginning of the ‘60-‘70 of 20th century, though attempts worthy of mentioning were made as early as the 19th century, and first of all those of Timotei Cipariu (1805-1887), a great philologist, with a good mastery of the Arabic language. However, the great number of the publications reflects the special interest paid to the Arabic cultural area, to the Islamic world, by the researchers, writers, journalists in Romania, as well as the interest of a wide range of readers, which led most of the translations and works dedicated to this area to become out of print in a short delay.