The Metabolism of Desire: The Poetry of Guido Cavalcanti | e-Books

The Metabolism of Desire: The Poetry of Guido Cavalcanti 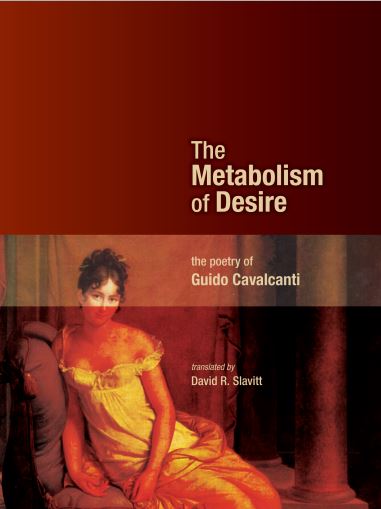 The fact that Cavlacanti?s friend, Dante Alighieri, was a supremely fine poet ought not blind us to Cavalcanti?s own, rather different excellence. Both men were attracted to the dolce stil nuovo, the ?sweet new style? that emerged in thirteenth-century Florence. While Dante?s poetry was devoted to his childhood sweetheart, Beatrice, Cavalcanti?s poetry had more the tang of real-world experience: he struggled against unruly passions and sought instead to overcome love ? a source of torment and despair. It is chiefly through the translations of Rossetti and Pound that English-speaking readers have encountered Cavalcanti?s work. Pound?s famous translation, now viewed by some as antiquated, is remarkably different from the translation provided here in the graceful voice of poet David Slavitt. Working under the significant restraints of Cavalcanti?s elaborate formal structures, Slavitt renders an English translation faithful to the original poetry in both rhyme and rhythm.