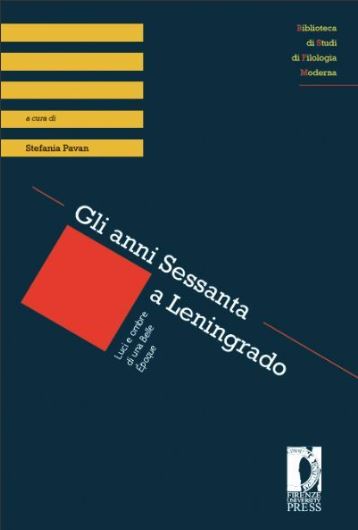 This book offers a portrait of Leningrad in the 1960s, of its cultural life in those years permeated by a great hope for change. Leningrad, now St. Petersburg, is the heir and witness of the rise and fall of the ‘Soviet hope’ for an authentic change, its evolution and its inevitable decline. Through an analysis of the poems of Iosif Brodskij, Stefania Pavan maps out the process that led the intelligencija of Leningrad to disclose their claims, to give shape to the intellectual conscience of the city, and that subsequently constrained them to adopt the opposite approach, concealing – in a semi-visible space and in the myriad modes of the ‘samizdat’ – the values, names and images of the hope of change. Through an analysis of the linguistic peculiarities of The dregs , one of the ‘classic’ short stories of Boris Ivanov, Simonetta Signorini proposes a micro-history of the Russian language in the 60s, to which the study carried out by Ljudmila Zubova on the poems of Viktor Sosnora makes a useful contribution. The essay by Irina Dvizova highlights an aspect of the culture of Leningrad that can be considered extremely topical, in terms both of argument and as a method of reading literary history: the relation between the city and the Dostoevskij museum.