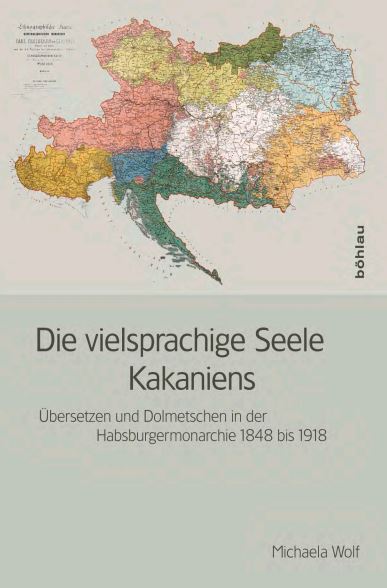 In the last few decades, the discipline of Translation Studies has been characterized by a considerable increase of interdisciplinary approaches which both helped to sharpen its profiling and to promote its multilayered epistemological discussions. The contribution of this book to these developments is located on various levels. I claim that in view of its multifaceted forms, translation as practiced in the late Habsburg Empire to a high degree contributed to the construction of cultures in the pluri-cultural space of the Habsburg Monarchy: on the one hand, I have revealed the various layers of translation’s constructive character and then – on the basis of Pierre Bourdieu’s sociological framework – shed light on the various construction processes on behalf of detailed analyses which focus on the agents involved in these processes. These considerations are then reflected in the delineation of a model which I call the “pluri-cultural communication space of the Habsburg Monarchy”. In terms of methodology, I have drawn on post-colonial theoretical frameworks. On such a basis, I have sketched a concept of culture which aims to correspond to the hybrid constellations characteristic to vast parts of the Monarchy and which claims to detect the symbolic forms of ethnically articulated dominance. The metaphorically inspired translation concept developed in the wake of these reflections (“cultural translation”) results in conceptualizing a typology of various translation forms which claim to do justice to the complexity of the Monarchy’s translatorial practices in the continuum between “communication” and “translation”. Primarily on the basis of archival sources, the analysis covers the translatorial practice in the various ministries (“Commission of Terminology “,“Bureau of Redaction of the Imperial Law Gazette”, “Section of Ciphering and Translatorial Work”), in court (sworn interpreters), and in the diplomatic service, among others. On the other hand, I have worked on extensive corpora analyzing the translation flows both between various languages of the crown lands and with countries outside the Monarchy by adopting numerous parameters (focus: translations into German). Finally, the focus is laid on the translations from Italian, with a particular emphasis on laying bare the construction processes operating in the selection, production, distribution and reception of these translations. The features which make up the construction of culture in the Habsburg context can be particularly detected in two instances: first, in the tensions related to national conflicts which are inscribed in all translation types dealt with in the period under investigation. Secondly, in the phenomenon of bi- and multilingualism which – according to the territory and the legal situation respectively – represented a basic prerequisite for the translation and interpreting activity and as such in many cases made a professional and qualitatively differentiated formation in translation at least at first sight avoidable. Nevertheless, it has been able to reconstruct a gradual institutionalization of the translatorial activity.