Culture and Translation: recovering he legacy of R.H Mathews | e-Books

Culture and Translation: recovering he legacy of R.H Mathews 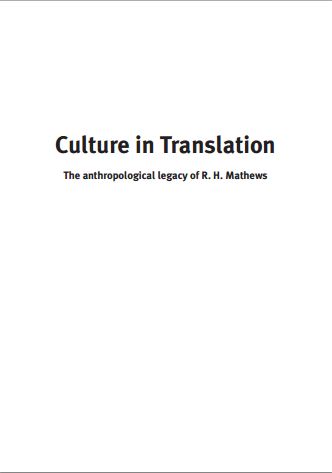 R. H. Mathews (1841-1918) was an Australian-born surveyor and self-taught anthropologist. From 1893 until his death in 1918, he made it his mission to record all ?new and interesting facts? about Aboriginal Australia. Despite falling foul with some of the most powerful figures in British and Australian anthropology, Mathews published some 2200 pages of anthropological reportage in English, French and German. His legacy is an outstanding record of Aboriginal culture in the Federation period. This first edited collection of Mathews? writings represents the many facets of his research, ranging from kinship study to documentation of myth. It include eleven articles translated from French or German that until now have been unavailable in English. Introduced and edited by Martin Thomas, who compellingly analyses the anthropologist, his milieu, and the intrigues that were so costly to his reputation, Culture in Translation is essential reading on the history of cross-cultural research. The translations from the French are by Mathilde de Hauteclocque and from the German by Christine Winter.