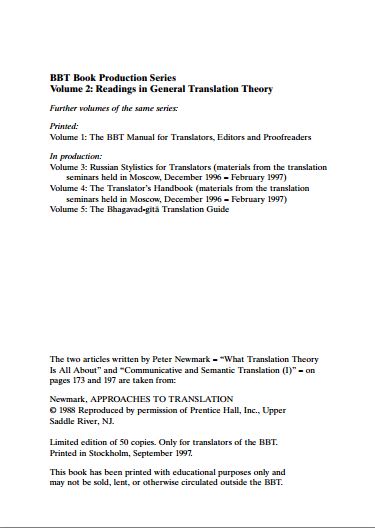 The present volume of the BBT Book Production Series is a collection that gives the BBT translator some basic theoretical understanding about the nature of translation, provides him with knowledge about principal approaches to translation, and broadens the range of his information of language.
In selecting the articles, we have asked ourselves: (1) How useful will they be for the BBT translator's immediate work, and (2) Will a layman translator be able to understand them? Thus we have rejected some major works that are considered to have played a great role in the development of linguistic thought. Instead we have included quite a few papers about Bible
translation, considering their greater relevance to BBT translator's needs.