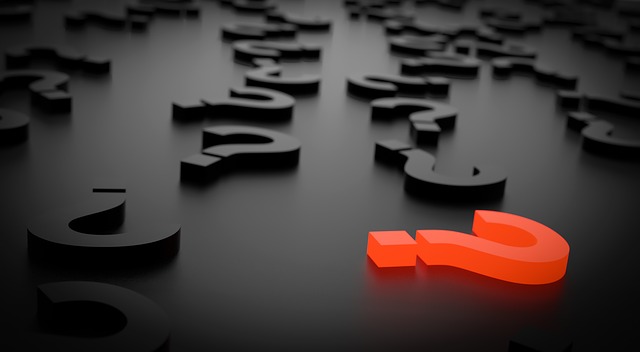 Fiction translation is the result of the combination of knowledge in psycholinguistics, culture, history, translation competence and source language understanding. The primary task is to show the reality of another language. Translators with super background information create the wonder in the target language, similar to the source language. When you read the book in the original and translation, you understand that they are equivalent, just like two sides of the same coin.

Let’s think about a translation. Is it identical to the original text?  Or does it distort the original version? Is it a translator's guilt? How can we understand, that a book, which we read, is translated correctly? Is it so important to know, that the translation is adequate? Linguists say that the text should be equivalent and adequate. Does it go without saying, that all literary adaptations are equivalent and adequate? How can an average person learn, if he is reading a good translation?

In fact, all these questions are rather significant for a reader, when he is reading a book. He may suspect that the translation is not good, because some words can stand out of the context or break the text unity, or there are too many references with the explanations.

If you like reading, you prefer to read good literature, with a good plot, with a good and understandable language. Suppose that you are discussing the same book with your kid, and you get to know, that the book is entirely different from that one, you used to read in your childhood. These differences mean that some translator has made a mistake. You could clarify it only referring to the source text and reveal, which version is correct.

What should a person do, if he does not like the translation?

It is easier to make a translator redo his work when you have to do a technical translation. Whom do you claim for a fiction translation discrepancies? In fact, have you ever noted if the translated book sounds good or bad? In the majority of cases, we write it off as the author's style.

We can say that each translator understands the book in his way. It is true. On the other side, a translator’s primary task is to show the author's reality with the possible means of the target language. Translation shows the author's style, his reflections on life. Therefore, the translator should pick such idiomatic expressions, which demonstrate the author’s intentions with maximum precision to produce the effect upon the reader. Comparing several translations, we can come to conclusion, that in general, they are very similar, though the words are different. Do these words reflect the writer’s intentions? We know that words have connotative meanings; sometimes the choice of the word is determined with this meaning in the native language of the translator. However, it can produce a reverse effect instead. When a translator chooses a specific lexical unit depending on his preferences, it will lead to the appearance of some discrepancies in the target text. Sometimes the translator may make mistakes when there is some lack of background information or misunderstanding of the source text.

When a translator does his work, he is encountered with various difficulties in how to preserve the idiomaticity of the source text in the target text. Only a little part of the source text can be translated into the target text without changes. It is connected with the different structure of the languages, different grammar, different stylistics and norms of the languages. Translators use many techniques to transfer the image into the target text. Substitution of the lexical units is connected with the differences of the meanings in the languages. Grammar structure, word order can be replaced with the verbal or noun forms. Stylistically the translator should keep the image the same in the target language, understanding its meaning in the source language. He may produce that effect with the means of the generalization, specification, omittance of the image if it is required with the text. Generally speaking, these peculiarities form the entire piece of work. Therefore, a translator should pay attention to the context to understand the details and how the context influences upon details. These interconnections show the true meaning of the author’s intentions.

One more problem can arise, when a translator may not have enough background information about the book he is translating. He may be unaware of the author’s conditions of life, specific period described in the book, correlation between these two concepts. Unfortunately, it may lead to some mistakes in all the aspects – lexical, semantic, grammar, stylistically. Adequate translation requires competent attitude and knowledge in many issues. Firstly, a translator should know a writer's biography and the reasons for book creation. Secondly, a translator should be a good ‘psychologist’ to understand the author and his expressive means. Thirdly, a translator should be a good linguist in the source text. If you are translating to the target language, which is your native, you have great expressive means. Up to now, it is not clear – if it is better to translate into your language or a foreign language. You may create a better image in your native language, even if you break all the norms of the language and do a loose translation. Though the adequacy of the language suffers, you can disclose a find, which will decorate your translation. The question is – is it justified? Will it produce the desired effect upon the reader? If you are translating into a foreign language, you can break the norms of the target language due to the different language structure in the desire to show the source text and its peculiarity. You can keep stylistics the same, and some words can be used in the wrong meanings, due to the difference of the idiomaticity in the languages. When you are translating into another reality, you should know this reality to reflect the source text entirely. If image replacement is justified by the norms of the target language, it will positively influence the translation.

Another problem lies in the issue of translator's responsibility. If there is a mistake or distortion in the source text, should a translator correct it? If a translator is responsible for an adequate version, it means he should make the book understandable. In fact, if a translator ‘brushes' and ‘smoothes' the text to produce an excellent impression upon the reader, it does not mean, the translation is brilliant. The translation should ‘reflect' the source text, no matter if it is correct or wrong. If there are some discrepancies, the translator should show them. A translator should not ‘improve' the text, but to show it, as ‘it is' with the understandable and comprehensible means.  All ‘improvements' and ‘modifications’ lower the quality of the translation, and as a result, its adequacy. The translation seizes to be translation and is getting to be an independent piece of work ‘on the subject of.' This is why sometimes the translators believe they can add something new in the novel to produce a startling effect, adding or omitting idiomaticity. While evaluating the translation, such change of the image can be qualified as a mistake. When the author is close by, you can always refer to him and specify if such actions are appropriate. In other cases when you translate the book, you should understand the mistakes the translators have made previously and escape them in your translation. Then your interpretation can be adequate.

Many disputes arise out of the translation adequacy. You can encounter some translations, which can be too loose. Some translator prefers to follow the rules of the source language to reflect the author’s style. However, the primary task is to find the balance between these two extremes. A translator is more than just an intermediary between the source text and the target one. Skillful grammar usage and making the picturesqueness of the image, the translator is becoming a partner of the writer. Translator faces a lot of problems, which he has to solve on his own. All the issues should help him to create a work of high quality. A translator should know a lot of background information, which will help him to translate the book correctly. No doubt, that each translation is unique, nevertheless, each mistake can be written off to the comprehension of the book by the translator. If a target text contains some mistakes, it may be noted by a native speaker of the source language. For all the translators the issue of adequacy is fundamental. Adding something new or omitting some necessary information can create mistakes. As a result, mistakes will decrease the quality of the translation.

Fiction translation has always been a delicate matter because a competent translator has to combine too much knowledge in different spheres: he should understand regional peculiarities and have the resources to reflect it in the target language; he should be a good psychologist of human nature to translate the meaning of the phrase correctly. When a translator has enough background information, he has more options which will help him to escape difficulties in translation of particular features in the source language.