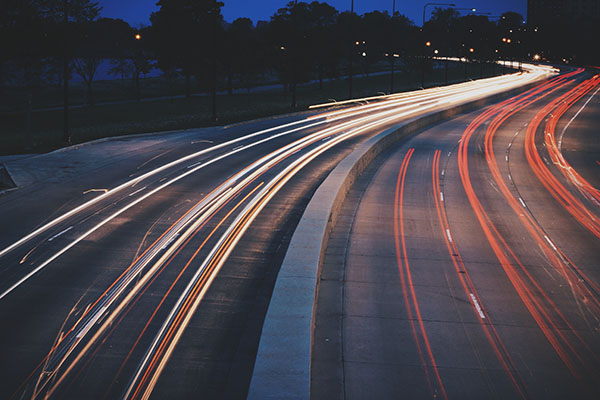 Abstract
This study, which is part of a doctoral project, aims at investigating some problems of translation and language-related issues in a very specific field – that of Multilateral Diplomacy.

Introduction
Multilateral institution refers to an international organization where different countries are taking part in discussing and negotiating issues of concern to the international community. Multilateralism is defined as « a process involving three or more parties, especially the governments of different countries » (coc.org). The United Nations is considered one of the important organizations of multilateral diplomacy, besides others like the World Bank and the World Trade Organization.
Taking into consideration that the United Nations gathers participants from different parts of the world (192 member states) who need to communicate, discuss and maintain negotiations of some international issues, here the job of translators and interpreters strongly comes into practice. Translation at this prestigious international organization plays an important political and cultural role in the process of negotiations and in diplomatic relations between the member states.

The more translators acknowledge and recognize cultural differences, the better their translation will be. In bilateral diplomacy, understanding the other culture might be easier since diplomats and translators have the opportunity to discover its own customs, norms and language. In this context, Keppler (2004: 79) emphasizes that « before being posted in a country with a different culture, diplomats have been encouraged to acquaint themselves with that culture in order to be able to converse and interact with their local counterparts and the population in general in such a manner as not to threaten sensitivities ». Translation in bilateral diplomacy tends to respect some cultural differences, but unfortunately, it is often neglected and given less importance in comparison with multilateral diplomacy.
In multilateral organizations, though translators are supposed to cope with cultural hurdles, we find that acultural translation is practiced. Due to the numerous cultures involved here, usually the culture of the most powerful country – “politically non-vulnerable economy” –  is the dominant one. According to Keppler (2004: 79):
“Basic concepts mean different things in different cultures. In multilateral relations this means that looking at such a concept is always culturally biased. As a result, an interpretation according to one culture also tends to criticize different interpretations according to other cultures. Whenever countries belonging to one culture have a dominant position in a multilateral form, they therefore attempt to impose their view on countries belonging to other cultures”.
English as a ‘lingua franca’ has a great impact on the cultural features of texts used in multilateral diplomacy. In this context, House (2001: 253) acknowledged that:
“Until recently translators and text producers tended to routinely apply a cultural filter with which differences in culture-conditioned expectation norms and stylistic conventions were taken into account. However, due to the impact of English as a global lingua franca this situation may now be in a process of change leading to a conflict in translational processes between culture specificity and universality in textual norms and conventions, with ‘universality’ really standing for North European/North American Anglo-Saxon norms”.
The use of proverbs, idioms and some culturally specific items is what makes translation across cultures more difficult. A translator’s success depends on understanding those items through understanding the culture of the source text.
The problem of language and cross-cultural translation is even more complicated in multilateral diplomacy where participants belong to different cultures and thus speak various languages. Many attempts have been made in this field to solve such problems; for instance, diplomats agree to speak another language that is the mother tongue of neither party. However, this method may have a negative impact on the process of negotiations and communication, mainly because of non-mastery of that foreign language. On the other hand, hiring translators and interpreters might be a good method to overcome the linguistic obstacles, but also has some negative points. Nick (2001: 40) argues that «using interpreters is very widely used, particularly in multilateral diplomacy or for negotiations at a very high political level – not only for reasons of equity, but because politicians and statesmen often do not speak foreign languages. This method also has disadvantages: it is time consuming, costly, and sometimes inadequate or straightforwardly incorrect – even if the translator has a good knowledge of both languages, he/she may not be familiar with the particular subject which can be extremely specific, from the protection of the ozone layer to the homologisation of sports records».
Concerning the question whether language is part of culture or not, there exist different views that consider understanding cultures as an important step to solving the translation problems. It has been acknowledged (Ghadi, 2005) that Nida (2004: 157), in his discussion of the problems of correspondence in translation, gave an equal importance to both linguistic and cultural differences between the source and the target languages. He argues that differences between cultures can cause more serious complications for the translator than language structure’s differences. “It further claimed that parallels in culture often provide a common understanding despite significant formal shifts in the translation. According to him cultural implications for translation are thus of significant importance as well as lexical concerns”.

As I have mentioned before, many diplomats and participants in international meetings often do not know the other party’s language and culture; thus, interpreters and translators are strongly needed to facilitate interactions between the different participants. Interpreters translate spoken words, the meaning of which can be changed or interpreted in various ways, unlike translators whose work is translating written words that have fixed equivalents and whose meanings could not be easily changed or translated differently. In the domain of diplomatic translation, particularly at the United Nations, translators must be aware of the political, social and economic events that take place in their countries in particular and all over the world in general. Moreover, they should always take into consideration the specialized terminology and the fixed expressions used.
Translation and interpretation at the United Nations play a very significant role in promoting diplomatic relations and facilitating communications. It helps states’ representatives understand what speakers say in a foreign language. Speeches at the United Nations may be in one of the official languages acknowledged by this international organization, and they are translated or interpreted into the other languages simultaneously. Documents issued by the United Nations, relevant to international issues such as « environmental protection, human rights, world trade, disarmament, globalization, world health and welfare… », are translated into the different working languages « English, French, Spanish, Russian, Arabic and Chinese » in order to allow the states’ representatives to express their views, discuss, and comment on them. Therefore, we can say that translation at this multilateral institution facilitates communication, promotes understanding and spreads harmony among the members of United Nations.
In international meetings, the need for translators is high. States’ representatives belonging to different cultures take part in the process of negotiations; thus, they need to know the other parties’ languages and cultures, something that is often impossible. Here the role of translators becomes of great importance; they should not only master a foreign language(s), but also know about the cultural peculiarities of their intended audience in order to avoid any perspective confrontations, misunderstanding or bad effects on the process of negotiations. In this context, Cohen (1991) argues that « cross-cultural differences have significant effects on diplomatic negotiations. Failure to understand and appreciate these differences can have serious consequences for negotiations. » As a result, diplomatic translators should respect cultural differences as far as possible in order to develop diplomatic relations between states, avoid political crises and spread love among nations.
Translators at the United Nations should do their work impartially; that is to say, though they have their own feelings concerning the situation in the world, this must not be reflected in their translations. The work of this international organization strongly depends on translation; Cao and Zhao (2008: 1) acknowledge that « translation at the UN is a specialized area of translational activity. It has its own characteristics and special demands necessitated and dictated by the nature of the work of the UN and international diplomacy and developed over the sixty years’ history ». Therefore, the following section will explain more about the distinguished nature of translation in this field.

In order to ensure a better dissemination of the legal content, United Nations documents are based on the use of terminologies designating universal concepts in different subject-fields. Translation at this international institution is a specialized and legal one; therefore, it is constrained by the use of a specific language that the translator should take into account while doing her/his job. In this context, Cao (2007: 5) explains that « legal translation is a product of a human process with the translator working in particular situations and contexts under an array of legal and other constraints. Thus, the different variables involved in the act of translation, linguistic and legal, need to be properly understood for the performance of the task ».
The United Nations, as a multilateral institution, uses a diplomatic language that is often characterized by ambiguity, vagueness and complexity. Some people believe that translation at this organization is literal and ambiguous because the translator does not take enough time to understand the original text, but rather focuses on translating words as quickly as possible to meet the deadline. UN translators face various problems in their work; for instance, Xin (2010: 6) presents some of the difficulties translators at international bodies encounter as « impossible deadlines, poorly drafted manuscripts, cumbersome institutional vocabulary and jargon ». On the other hand, others say that literal translation is a shortcoming of translation at the United Nations; because translators seek accuracy, faithfulness and loyalty to the source text’s own culture and values, they often end up with literal translation. In this regard, Xin (2010: 6) adds « for an international organization like the UN, accuracy is the first priority of its document translation. As a result, literal translation has become the dominant translation strategy adopted by document translators of the UN. This has brought some serious problems in terms of the readability of the translated documents ».

Conclusion
From my point of view, I think that translation at the level of multilateral diplomacy (for instance, at the United Nations), though people might believe it uses a literal or word-for-word strategy, is a faithful one that respects the rules and techniques of legal translation, though repetition may sometimes spoil the aesthetic value of the style of the text. Some UN translators do not take enough time to understand the source text; therefore, they often end up with a word-for-word and ambiguous translations. Good translators should transfer ideas, taking into consideration different elements such as the target audience and its culture; the more they respect such principles, the better their translations would be.