Tall Man with a Dream 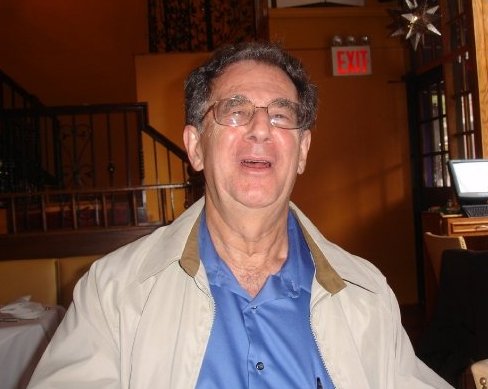 The first thing I noticed was how tall he was. People in our generation—and I am only a short few years younger than Gabe — are seldom that tall. Then I noticed his friendly smile: he seemed genuinely happy to meet his Brazilian colleagues for dinner that night in São Paulo.

After the usual amenities, we started making small talk around the dinner table, which was the main purpose of the meeting—and that is when I noticed how good his spoken Portuguese was. I knew he had lived in Brazil for several years, long enough to gather a degree in chemical engineering and an MBA. But I also knew he had lived in about half a dozen countries before moving to Brazil (and later to the USA) and spoke several other languages. Polyglots often have strong accents and if Gabe had one, he hid it very well. He spoke very slowly, picking his words carefully, but his Portuguese was perfect. As the dinner went on, he seemed to gather momentum, encouraged by a beer or two, and started to crack jokes as if he had been born and lived his whole life in this country.

Why was I there? Gabe used to return to Brazil every so often and we had organized a small informal dinner party for him. “We” means a few members from trad-prt, a mailing list for translators with a foot in Portuguese where Gabe was a star with his encyclopedic knowledge of engineering terms and his huge will to help.

I was also very active in the list and that is why Gabe one day emailed me an invitation to write an article for the TJ, soon after the first number was out. A great honor, of course. However, to tell the truth, I was frightened both because I would have to write in English and because I did not feel I was in the same league as the people who had written for the first issue.

But all went well and I enjoyed a standing invitation and wrote another 60+ articles, almost a third of them with Kelli Semolini, who became my partner in 2008.

The TJ was Gabe’s dream. Not the only one, for sure.

He dreamed of a free publication where translators could exchange knowledge and he knew the Web was the place for the endeavor. In those years, there were few publications on translation and all of them were very expensive and somewhat irregular. I paid a small fortune for a subscription to one and, after a few months, received a 32-page booklet with a few musings on literary translation from European academics. Very disappointing, to tell you the truth.

The TJ was different: Every three months, Gabe sent out an all-points bulletin to mailing lists that there was a new and lively edition out; an issue that we could access from our homes at no cost. No missed editions, nothing ever lost in the library, everything on-line and searchable--a revolution, really.

However, it took me some me some time to appreciate the full power and outreach of the TJ. On the strength of my articles, I was invited to speak at two ATA conferences, where I got my two biggest clients. Later on, I was invited to speak twice in Argentina, once in Portugal and then in France. All of that because every quarter, the TJ published something I had written.

In 2008, I began a partnership with Kelli Semolini, a young and talented colleague, and asked Gabe if he would accept articles by both of us. Gabe welcomed her onboard.

Now that Gabe is passing the baton to Karen Hodgson it is my pleasure to compliment him on the achievement and to thank him for allowing me to be part of his dream, which in time also became my dream. May it become Karen’s dream too.

As for me, well, I only met Gabe once, very briefly, in 2010. I was also enchanted by his lack of foreign accent when speaking Portuguese. His height, however, wasn’t as shocking for me as it was for Danilo: not only I am much younger and used to tall people, but also my own grandfather was over six feet tall.

I started contributing to Danilo’s articles in the Translation Journal soon after we decided to work together. It wasn’t part of our first agreement on what I would and would not do, but it seemed fun and the best way to start writing articles. After a little while, I started to realize it was not a walk in the park, though.

Danilo had already written so many articles that finding a new topic would drive both of us crazy every three months. Sometimes an idea would come to one of us at the end of the last minute, and we had to rely on Gabe’s patience and forgiveness when we missed a deadline. Never did he complain.

It has been a challenge and a pleasure to write for the Translation Journal. I hope to keep doing it for many years to come.

About Danilo Nogueira and Kelli Semolini 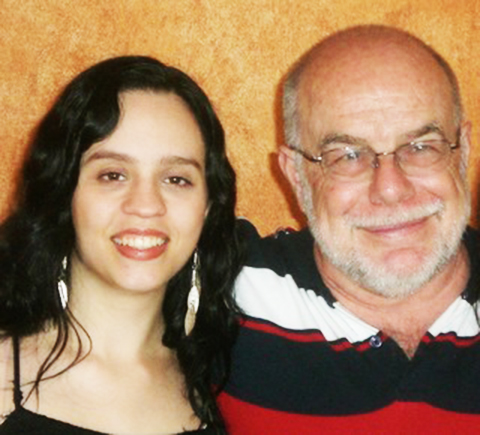 Danilo Nogueira and Kelli Semolini are about the unlikeliest of pairs. Born 40 years apart and living a good 200 kilometers away one from the other, they have met less than half a dozen times. They have practically nothing in common but a sweet tooth—and the love for languages and translation.

Yet, they work well together and are full of plans, three of which they are sharing with Translation Journal readers first hand. First in the pipeline is an online English <> Brazilian Portuguese business dictionary that should reach the testing stage in early January, 2008; next comes a translation course in distance-learning format. There is a book, also, obviously on translation, but they won't mention the details under torture.

If you read Portuguese, you will probably like their blog, which is currently hosted at http://tradutor-profissional.blogspot.com. Danilo e Kelli can be contacted at danilo.tradutor@gmail.com and kelsem@gmail.com, respectively.