Publication and Translation Side by Side: Translation Strategies of Medical Researchers for Publishing Articles 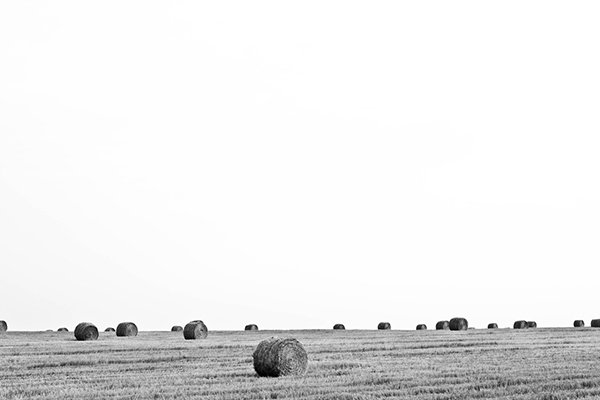 English has turned into an international language at least in scientific negotiations, and the number of journals publishing in English is growing day by day. This presentation will disclose the results of a qualitative study on the translation attempts of Iranian medical scholars in getting their scientific papers published in international journals.

The participants included three highly published scholars at a medical university in Iran. The results were interesting as to the barriers of translating research articles from Persian to English experienced by the participants. Also, their experiences will be analyzed with reference to the ELT system in Iran in order to provide implications for further research as well as implications for language teaching in ESP, translation studies, and consequential validity of training translators.

The Iranian ministry of Health has recently set rules and regulations to encourage medical researchers to publish articles in indexed journals. However, this decision has brought about problems too. The disadvantage experienced by scholars who use English as a Foreign Language (EFL) in writing for publication has been documented in the field of science (Benfield & Feak, 2006). As well as needing more time to write (Curry & Lillis, 2004; Lillis & Curry, 2006), EFL writers encounter difficulties with reviewers and editors if their use of English is non-standard. While there is some evidence of journal editors’ and reviewers’ tolerance of non-native features in EFL authors’ submissions (Flowerdew, 2001), there are also reports of such gatekeepers criticizing these features. Ammon (2000, p. 113), for example, as a German editor of a book published in English, reports on criticisms of his work on the grounds of its 'near unintelligibility [because] the grammatical mistakes were so severe'. Similarly, Curry and Lillis (2004, p. 678) report on a Hungarian psychologist who made the following remarks: ‘if the style or the form of the paper is not native-like, reviewers think that ‘this is a stupid man, this is not acceptable material’. While commenting on the language of a manuscript is, for reviewers and editors in the field of science, much less of a concern than commenting on its scientific content (Gosden, 2003; Wood, 2001), a high rejection rate of authors from EFL contexts has been due to English errors in their manuscripts (Coates et al., 2002).
It is now understood that a published research article, especially if it is written by an EFL author, needs to be viewed as the product of not just those people who have their names on it, but as a product involving a range of other people who participate in the editorial process (Lillis & Curry, 2006). Burrough-Boenisch (2003) refers to these other people as shapers of research articles. They may include authors’ colleagues or supervisors, colleagues’ Native English speaking (NES) spouses, correctors who may work professionally as editors of manuscripts but are not usually specialists in the field, journal reviewers, journal editors, and copy editors.
In this paper, we will consider the views and comments of three Iranian medical researchers who have highly published with prolific experience in submitting their work to English journals and getting their work published. Based on the data collected from various sources, we will highlight the motivators and barriers in publishing research articles, and we will consider the probable solutions for Iranian scientists.

This qualitative study is intended to report the result of an investigation into the successful factors affecting the publication of research articles published in the area of medicine and health by these three Iranian scientists. In addition to a set of demographic data collected by the interviewer, the publication endeavors of these three scientists were studied through semi-structured interviews. For the sake of consistency, the interviewer was the same for all interviews. The interviews were audiotaped and transcribed. Transcriptions were checked and rechecked for accuracy by the researchers. The focus of our analysis was on factors leading to success as well as barriers hindering their failure in getting their pieces published. Scripts were carefully analyzed for probable themes expressed by the interviewees, and the recurrent patterns were grasped and noted for further reporting. Based on the collected data, motivators and barriers in publishing research articles as well as some conceptual solutions are suggested with reference to the current strategies of the Iranian Ministry of Health.

On the basis of the recurrent patterns in the interviews, some success criteria came up to be: (1) Correction by the supervisor

Also, some barriers emerged in their words as follows:

It is evident that the major success criteria appear to be those that shape the initiatives on the part of the researcher. For instance, the knowledge of medicine does not suffice the publication of a well-researched topic. Rather, the cooperation of language practitioners and editors will enhance chances of getting articles published. This may highlight the team work (Benfield & Feak, 2006) even if editors are not part of the authorial team. However, barriers are often excuses and more related to the internal desire and conflicts of the authors with the institution or with the political system. All in all, the impetus to do research should be initially integrated with an impetus for publication, or at least a team is to be formed for the publication. Further analysis of the results will be elaborated in the presentation.

ACKNOWLEDGEMENT
This research was supported by Sabzevar University of Medical Sciences, Iran.

Gosden, H. (2003). ‘Why not give us the full story?’: Functions of referees’ comments in peer reviews of scientific research papers. Journal of English for Academic Purposes, 2, 87–101.

Nematullah Shomoossi, PhD, is the head of English department at Sabzevar University of Medical Sciences. He is involved in teaching English as well as research in translation and writing.

Azam Shomoossi is an MA student of Linguistics department at Alzahra University of Tehran, Iran.