Details
Written by By Inside Staff 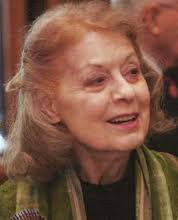 Gaddis Rose received her bachelor's degree in English from Central Methodist College in Fayette, Mo. in 1952. She was awarded a Fulbright Student Fellowship and spent the 1952-53 academic year studying French civilization at the Université de Lyon. She earned her master's degree in French from the University of South Carolina in 1955, Phi Beta Kappa, and her PhD in French from the University of Missouri in 1958. In 1987, she was recognized by Central Methodist College with an Honorary Doctor of Humane Letters.

She taught at William Jewell College, the University of South Carolina, the University of Missouri, Indiana University and Stephens College prior to joining the faculty at Binghamton University in 1968. In addition to her leadership in translation studies at Binghamton, she served as chair of comparative literature for two terms, as undergraduate advisor for a dozen years and as director of the Center for Research Translation. She was promoted to distinguished service professor in 1991.

Her research interests include translation studies; Anglo-Irish and French literatures of the 19th and 20th centuries, including Proust, Beckett and contemporary European and American fiction.

Founding director of TRIP and founding editor of the American Translators Association (ATA) scholarly annual Series, she was awarded the Alexander Gode Medal of the ATA in 1988 for her contribution to translation pedagogy and scholarship, and special ATA awards also in 1983 and 1996. She was named a Senior Fellow of the Australian Humanities Centre in 1977.