Ali and His Russian Mother 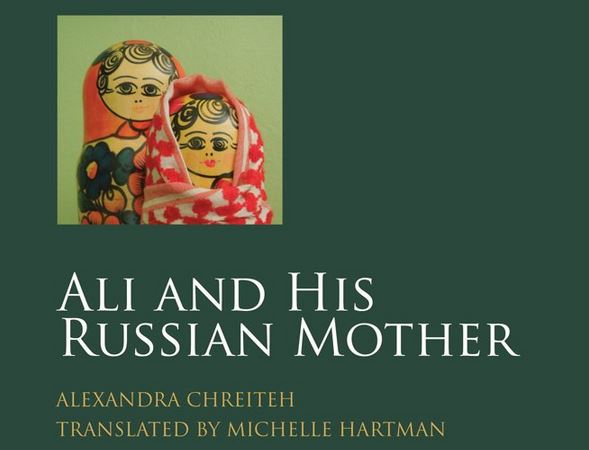 "Remarkably, given its short length—a little over a hundred pages— and its uncomplicated, at times even frothy, style, Always Coca-Cola comes off as a work of searing intensity that powerfully conjures the atmosphere of contemporary Beirut..."

Following the success of her previous novel, Always Coca-Cola, Interlink Publishing is pleased to announce the publication of Alexandra Chreiteh's second novel: Ali and His Russian Mother. Translated from the Arabic by Michelle Hartman, this novel demonstrates Chreiteh's unique sense of the absurd in narrating what is at once an ordinary and extraordinary story of two young people in Lebanon, focusing on their preoccupations but also their hopes for the future.

Like Chreiteh's acclaimed first novel, Ali and His Russian Mother uses a deceptively simple language and style and pushes the boundaries of what can be talked about in Arabic fiction. The novel's narrator reconnects with her childhood friend Ali—and develops a little crush on him—as they are fleeing the bombs unleashed upon their country by Israel in July 2006. The several twists in the story make it a compelling and exciting read, constantly challenging the reader's expectations and speaking to contradictions faced by a young generation in Lebanon now, sounding out taboos surrounding gender, sexual, religious, and national identities.

We hope you will review this refreshing and daring novel. To request an advance review copy, an interview with the author or translator, or for more information, please do not hesitate to contact me. 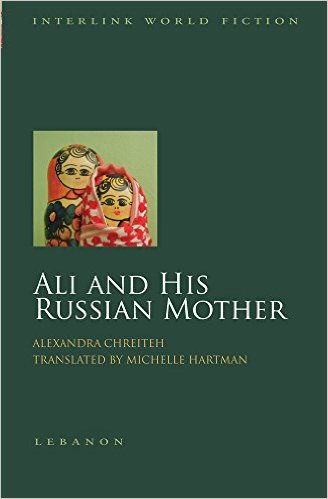 "Chreiteh is a fresh voice in the Arab world." —Kirkus Reviews

At the outbreak of the July War in 2006, the novel's unnamed young protagonist reconnects with her childhood friend as they flee the bombs unleashed upon their country by Israel. Displaced, along with a million others across the country, she and her Russian mother have joined an evacuation for Russian citizens, when she again meets up with Ali, her former schoolmate from the South, who also has a Russian (Ukrainian) mother.

Seemingly more concerned with having enough cigarettes for the journey and where they will be able to use washrooms than their possible death by the missiles flying overhead, they exemplify the contradictions faced by young people in Lebanon. The two old friends reunite, gossip, and bond during a harrowing bus caravan across the Syrian border to Lattakia, en route to Moscow, as part of the Russian evacuation of its citizens. Carrying Russian passports like their mothers—both of whom married Lebanese men and settled there—these young people speak with the voices of the post-war generation of Lebanon and are forced to reflect upon their choices and lack of them in a country that is once again being torn apart by war as the novel opens.

Alexandra Chreiteh is a Lebanese novelist, whose first novel Always Coca-Cola was translated into English and German. She is currently pursuing a PhD in comparative literature at Yale University and also working on her third novel.

Michelle Hartman is Associate Professor of Arabic Literature at the Institute of Islamic Studies at McGill and a literary translator from Arabic and French into English. She has translated Arabic novels by Muhammad Kamil al-Khatib (Just Like a River), Iman Humaydan (Other Lives and Wild Mulberries), and Alexandra Chreiteh's first novel, Always Coca-Cola.